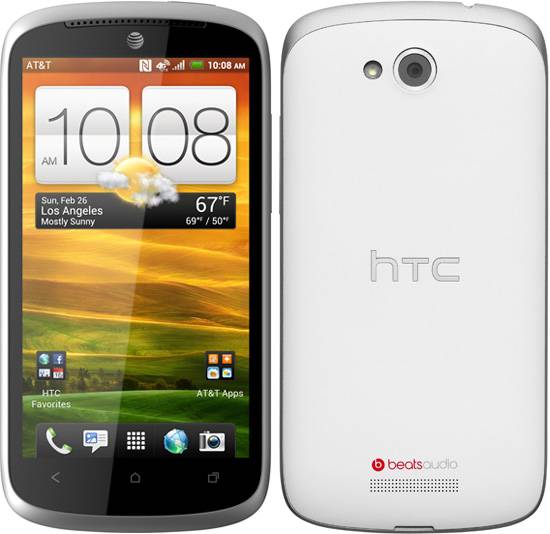 Earlier this month the folks from HTC and AT&T announced two new smartphones to grace their 4G LTE lineup. Those being the new and improved HTC One X+, as well as the budget friendly HTC One VX. Sadly the only one available is the One X+ and we’ve still not heard a word regarding the VX. Today however the carrier is stating they expect to be “fully stocked” with the One VX by December 7th.

So far we have no official details or announcement to go from, but the guys from Android Central got word apparently from AT&T themselves. Both these new phones were supposed to be available November 16th, but there’s no sign of the VX. New details are now claiming the smartphone will be fully stock and in AT&T stores available for all come December 7th.

That means in just a few short days you’ll be able to go in and purchase this nice budget smartphone just in time for the holidays. The HTC One VX is an above average budget device for only $49. The specs include a large 4.5-inch screen, but sadly only qHD 540 x 960 resolution. Everything else is quality. That includes a 1.5 GHz dual-core Qualcomm Snapdragon S4 processor, 1GB of RAM, and a few cameras. So why the price dip? It drops down to a 5 megapixel rear camera and only VGA front, as well as being shipped with 8GB of internal storage and Android 4.0 Ice Cream Sandwich, instead of Jelly Bean.

The few small drops make this a budget device over a top-tier smartphone, but certainly make that $49.99 price point extremely attractive. If you don’t need the best and biggest display, or a top of the line camera in your smartphone the HTC One VX might be perfect this holiday season. If that doesn’t have your interest piqued then maybe the Galaxy Note II would be a better fit. We’ll update once we hear more from HTC and or AT&T regarding this smartphone.