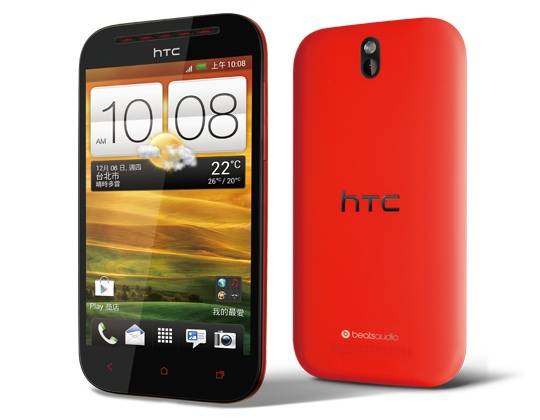 We had known that Cricket Wireless was planning to launch the HTC One SV, and well, coming as we had expected — the handset is now available for purchase. The release also comes with a bit of good news in terms of the price. Simply put, Cricket has the One SV priced a tad bit lower than originally stated.

Those looking to make the purchase will be able to grab the HTC One SV for $330. Well, for $330 after some instant discounts anyway. We should also offer the reminder that this is a contract-free price, which seems to make it a bit nicer. In terms of the handset, the HTC One SV is running Android 4.0 Ice Cream Sandwich with HTC Sense 4.0 and brings specs to include a 4G LTE connectivity, a 4.3-inch (800 x 480) Super LCD-2 display with scratch-resistant Corning Gorilla Glass and a dual-core 1.2GHz Qualcomm Snapdragon S4 processor.

Other goodies include an 1800 mAh battery, 1GB of RAM, 8GB of internal storage, a microSD card slot, 1.6 megapixel front-facing camera and a 5 megapixel rear-facing camera. The handset will also have Beats Audio, the Muve Music Player, Bluetooth, a 3.5mm headphone jack, Wi-fi, GPS, NFC and ships in Flame Red.