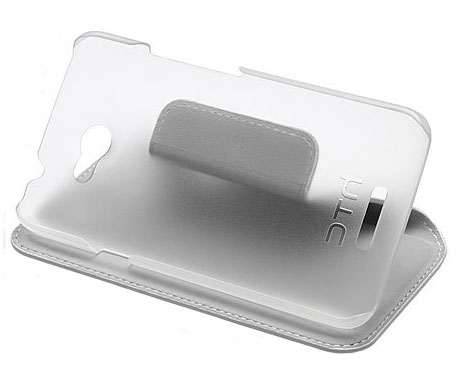 HTC’s One X, One S and One V Ice Cream Sandwich smartphones are easily their most-anticipated in months. While it’ll still be a month or more before they start showing up at retail locations in the UK and US, And UK electronics giant Clove is already taking pre-orders. Happily they’ll also accept pre-orders for a series of accessories, which Clove has been kind enough to show off for us. The add-ons should arrive with the phones in April. There’s a mind-boggling assortmant of cases, docks and screen protectors already – take a gander below.

For the flagship HTC One X, you get a choice of no less than three cases: a hard shell, an ultra-thin hard shell, and a hard shell with a bonus cover and stand. The color choices are a little strange, since the stand combination comes in white, the basic hard shell is translucent and the ultra-thin version is… purple. You can also get a first-party car dock or a desktop dock, and based on my experience with HTC’s previous docks, these are expensive but worth it. There’s also the standard first-party screen protector.

The HTC One S gets the same combination of hard and thin cases, though the thin case is clear and the rest are black. A car dock is available but not a desktop dock, which is a downright shame. The cheaper One V has a car dock, a single black hard case and a “gel skin”, which unfortunately lacks a picture, so we don’t know what color it is. Both have screen protectors available for them as well. All the cases seem pretty reasonably priced, with the car docks as the most expensive pieces for a total of £44.99 ($70) – not great, but pretty typical of HTC, and as noted above, probably worth it for those who want a solid dock. There’s no word of whether or not these accessories will make it across the pond, but given HTC’s focus on the One series, they’ll probably get here eventually.