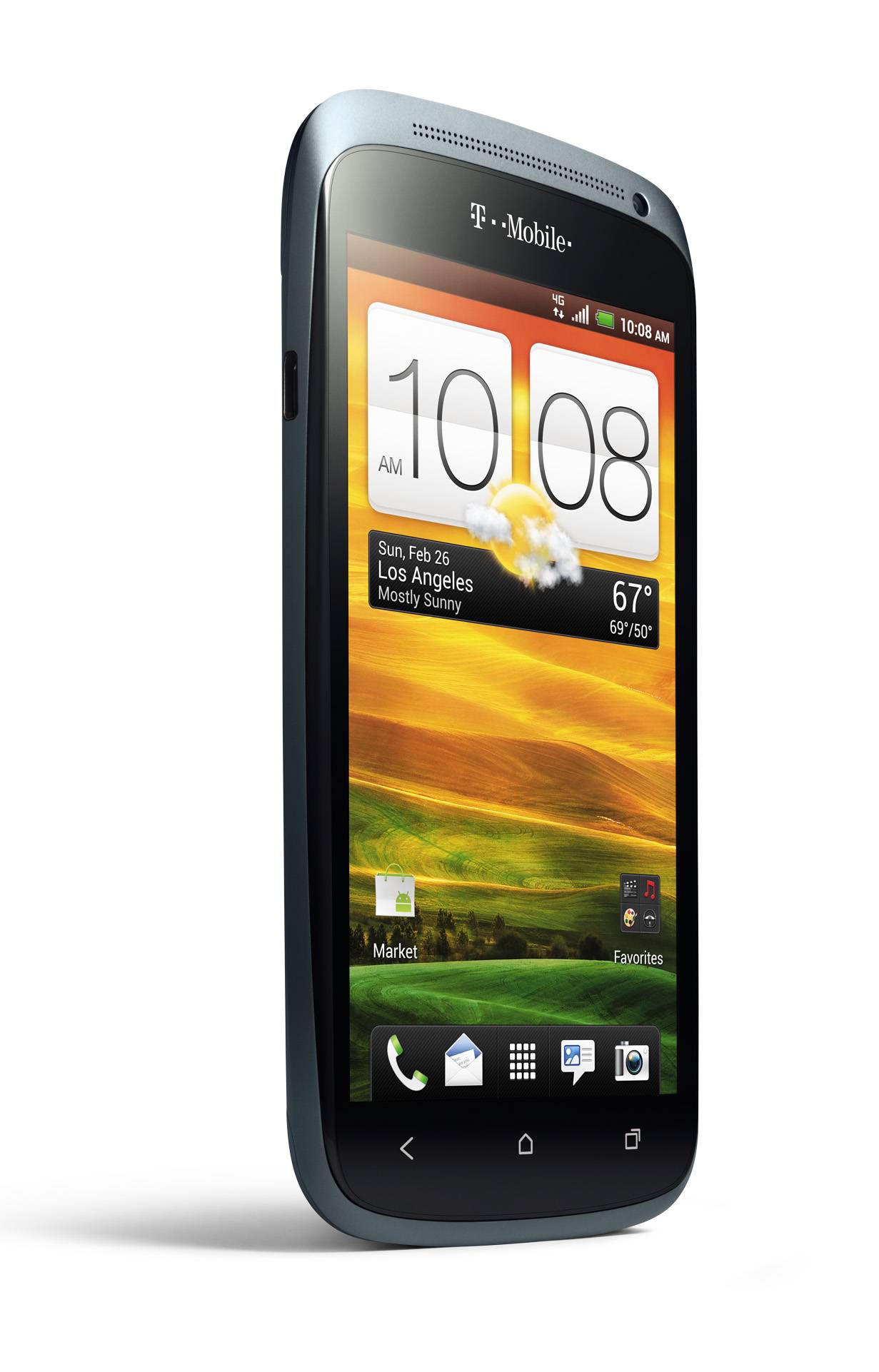 Moments ago HTC announced the brand new 4.3″ qHD AMOLED packing HTC One S smartphone and now they’ve revealed it will be headed to T-Mobile as their first “One” phone. With no changes to the OS we have Android 4.0 Ice Cream Sandwich and that beautiful Sense UI 4.0 on board. The One X may be the new flagship device but the HTC One S is probably the best overall package and value, especially for those that don’t want a larger screen. Read on below for our full first impressions.

The T-Mobile HTC One S is the perfect smartphone in regards to screen size, design, build quality, performance, and last but not least — the OS. As we mentioned earlier in the announcement post, the One S comes with a 4.3″ qHD AMOLED display but it isn’t HD. Rocking a 960 x 540 resolution. Under the hood is Qualcomm’s new 1.5 GHz dual-core S4 chip. The one they claim can almost match the quad-cor Tegra 3. HTC’s new “Studio” design division is really impressing me with the simple new designs. It’s like the beautiful Nexus One but bigger, and better.

In terms of build quality this is a top-notch smartphone. No cheap plastic here as HTC’s wrapped this in a conditioned and strengthened aluminum. HTC has readied two versions, they each have sturdy metal and are creak-free. One black model with a so-called “Ceramic Metal” finish and another with a grey “Graded Anodization” finish. Holding the T-Mobile One S in your hand it just oozes quality. We can scratch the surface with our fingernail but HTC ensures us that is only our fingernail wearing down, not the phones casing. HTC has gone back to their roots and this phone is awesome. I’m liking the small curve in the pack particularly. It gives the phone a very comfortable grip.

It’s worth noting that with Sense UI 4.0 on ICS HTC has really taken a more simple and easy approach. while it is still deeply integrated into the user interface and they’ve made tons of changes — Sense 4.0 feels more natural and like it’s laying over the top rather than changing every aspect of Android. It is very smooth and exceptionally fluid so far, I’m quite impressed. Many love Sense devices but I know there is a wide group of users that want and love vanilla Android. With HTC’s latest creation that line will continue to blur as they’ve really made a great, fluid, and stable experience.

The new SLCD2 has excellent colors and viewing angles. Even though we only have qHD 960 x 540 the screen looks great. HTC’s new SLCD 2 is one of their best screens yet and they are telling us we’ll be amazed once we try this phone outside in direct sunlight. Next up is the camera. HTC is particularly proud of the cameras on these new phones. With a BSI (backside-illuminator) f2.0 lens for 44-percent more light than the typical f2.4 lens other smartphone cameras might make do with. Stating we can take pictures in just 0.7 seconds.

We have plenty of video coming soon so stay tuned for the full rundown.