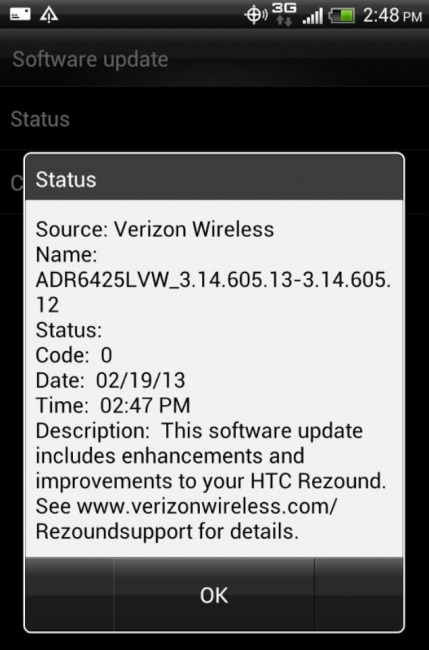 While we’ve had tons of news today regarding HTC’s newest smartphone, simply named the One, now we’re getting additional details regarding a few of their already available and popular smartphones. Both the HTC One S from T-Mobile, and Verizon’s HTC Rezound have updates rolling out today. Sadly neither are Jelly Bean, but we have the details below.

Yesterday we learned that Verizon was preparing to release updates for both the Rezound and the Incredible 2, and now today we’re getting scattered reports that the Rezound was first on the list. The update isn’t Android 4.1 Jelly Bean like many were hoping for, but it’s stated to be bringing some “device enhancements” to the aging smartphone. 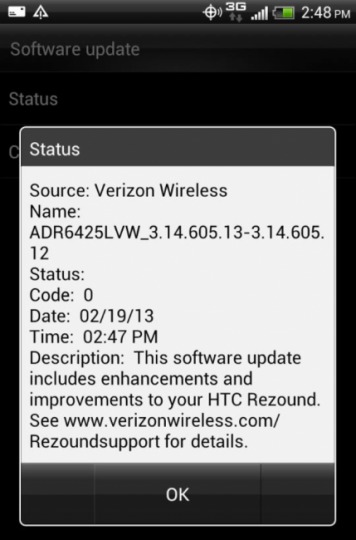 The image above, provided by Droid-Life shows the small 6MB update that’s arriving this afternoon for the Rezound. There hasn’t been any reports of the DROID Incredible 2 update arriving, but it should be following shortly. Start checking for updates on that Rezound and let us know once it arrives if you notice any changes. 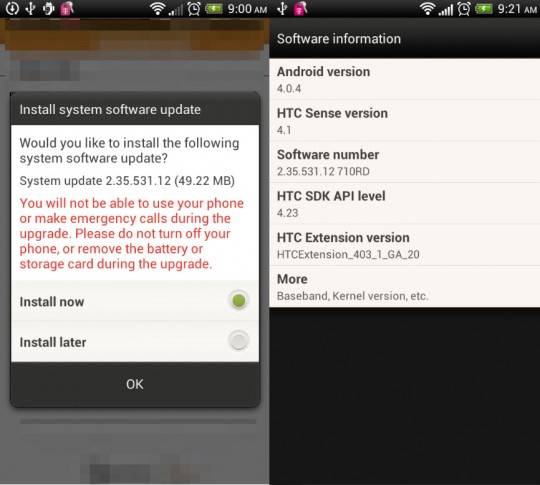 Then, according to multiple tips and reports from TMoNews HTC has also issued and started rolling out a very minor update to the T-Mobile One S. While most One S phones have received Jelly Bean, the Tmo version is still waiting for the tasty treat. Sadly this update is still Android 4.0 Ice Cream Sandwich, and appears to only be a bug fixing update. T-Mobile’s support page doesn’t reveal too much either, but for now it’s safe to say Jelly Bean is still at least a few weeks or more away.

For those rocking either of these phones, now might be a good time to head into settings and check for updates. Drop us a comment if you have issues or notice any changes. Enjoy!