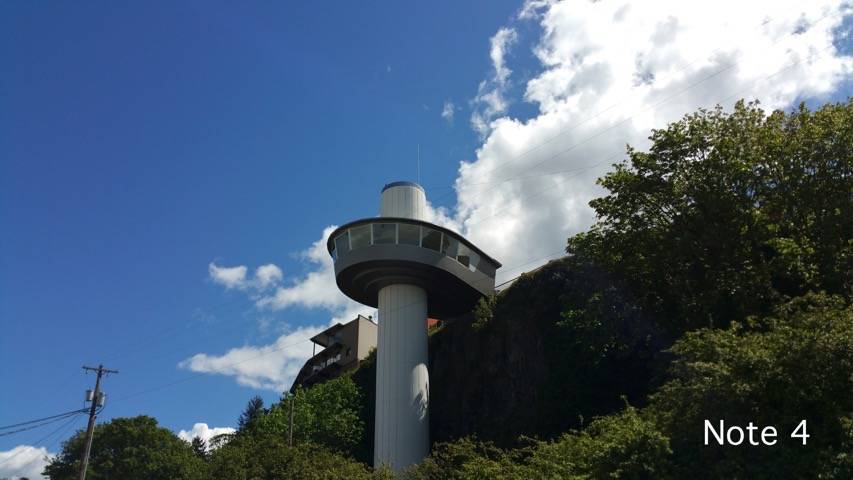 By now, you’ve heard both sides of the argument. Either the HTC One M9 is a fantastic update of the One M8, or it’s iterative and boring. The camera is either ‘just fine for normal use’, or severely lacking. On paper, the One M9 is more like a One M8 1/2, but often times what you get is more than what you see. Is the One M9 really a boring, iterative flagship from HTC, or is this One still worthy to carry HTC’s banners into Android battle?

Say what you will, the One M9 is definitely a subtle upgraded form the One M8. It’s still metal, still curved, and there are still the two speaker cutouts on top and bottom, but hey — it’s different.

The raised screen bezel is refined classiness, but makes the IR blaster plastic up top look a bit like an unfinished thought. Our two-tones gold/silver version is not to my taste, but it’s not a gaudy phone by any stretch.

Around back, the camera is now a larger, squared design (it kind of looks like an iOS app). Next to it is a dual flash. Around the bottom are the audio port and micro USB port.

Also, I find the buttons to be less responsive than the One M8. In grabbing screenshots, there were several times the buttons just didn’t respond. Once, the One M9 just wouldn’t turn on; it seemed to need to be plugged in to remind itself how to work, even though the battery was at 58%.

It’s Android and Sense, just like it always is with HTC. Lucky for me, I don’t mind Sense much, even though I tend to loathe (not being flip, I really do hate overlays — or is it just TouchWiz?) skinned Android. With the One M8, Sense accelerated what Android already has going for it, and Sense 7.0 is similarly capable.

Sense is now fairly customizable, which is a handy way to re-skin the phone anew when you’re bored of it. Themes are more than simple wallpapers, and offer up deep customization to apps and icons, all without you having to fuss too much. Those choices are fed to you based on a wallpaper you choose.

What Sense aims to do is make your phone contextually relevant, plain and simple. Sense Home is a nifty launcher that adjusts your on-screen shortcuts to your location; arrive at work, and apps like Calendar or Office take place of Play Music and YouTube, which you active while had at home.

BlinkFeed is also a bit more than a social stream, now. At various points of the day, BlinkFeed will assume you want to eat and suggest restaurants in the area. That’s the idea, anyway. In execution, BlinkFeed is as not great at noticing what time it is, and often falls short of being smarter than you are.

Perhaps even cooler than all that is HTC’s new soft button arrangement. Or, more specifically, your arrangement of those buttons. If you’re not a fan of the boring ‘back’, ‘home’, and ‘app switcher’ icons, you can reorder them. Or add a fourth button, which lets you do things like open the notification shade (a gesture I’m not fond of in Android 5.0 and up) or get to settings options. 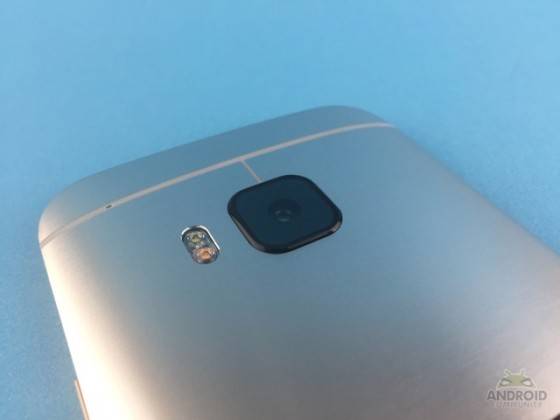 Much of what you’ve read about the HTC One M9’s camera came ahead of this review, which comes after HTC sent out an update to fix those issues people were talking about. We’re aware of the issues, but we won’t let that influence this review. The One M9 ‘is what it is’ at this point; there’s no promise of a fix this time, so we don’t have to qualify anything with regard to image quality.

At 20-megapixels, the One M9 camera is — on paper — better than the Ultrapixel shooter from the One M8. In practice, well, you decide. Picture galleries throughout this article were taken with both a One M8 and One M9, as well as a Note 4, HTC Desire Eye, and iPhone 6 for comparison.

Camera effects like bokeh or photo booth are gimmicky with the One M9, but will likely keep young ones entertained. If it’s great pics you want to capture, these effects won’t get you there. It all still falls well short of a good photo editing app like VSCO Cam; native edits with the One M9 just look really ham-handed.

Battery life is fine; I get through a day and into the next morning with moderate use (emails, messaging, a little music streaming, maybe a quick 20-minute Maps navigation). It doesn’t set a standard, but you won’t be returning this phone because it dies on you too quick.

While Sense is to my liking, Sense 7.0 needs a bit of work. The satellite attractions like restaurant suggestions don’t always work as billed. I like Sense enough, but if you’re going to offer more than what it was on the One M8, deliver on it.

As for Android 5, it’s snappy and responsive on this flagship. Sense 7.0 does a really good job of sitting atop Android here, complimenting the core software at all the right points. Sense is a bit like HTC’s version of Google Now, and if you just want curated info, it’s (theoretically) fantastic at providing it.

Audio is still phenomenal; BoomSound really shines. I don’t prefer video on a phone, but BoomSound definitely adds to the experience of watching a gorilla plow into safety glass.

The One M9 has been — over the course of a few days — like a good first date where there was just no chemistry. I got on fine with the handset, and I like what it had to show me, but it’s just not special enough.

Sense 7.0 is neatly updated from the One M8, but like the rest of the phone, just fails to outshine the competition in a meaningful way. Why you’d choose this over a Samsung Galaxy S6, aside from just not liking Samsung devices, I can’t say.

The spec sheet is lackluster versus last year; there just wasn’t much of an uptick. Some will use that as reason you should hate the phone, but hardware is plateauing. Software and context matter, but the One M9 isn’t offering anything special there, either. All the special features lack pizzaz at this point.

The camera is different, but that Toshiba hardware inside is a corner cut at precisely the wrong point in the conceptualization and design of this phone. Why HTC would offer a 20-megapixel shooter that clearly has limited hardware is just beyond me. Sony’s sensors are available to anyone, including the devices many consider as the best smartphones camera on earth. If the best camera is supposed to be the one you have on you, you need a new camera — so you need a different phone.

This phone will probably improve over time with firmware and software tweaks. I hope it does. It’s a nice upgrade versus the One M8 in so many ways except the one that matters — your experience.

Hardcore fans of HTC will love this phone (and it feels like HTC was simply trying to make that fanbase happy, honestly). I can only say it’s likable and solid. Unlike last year, where I could make a really strong argument for the One M8 being the best Android phone around, the One M9 won’t allow me to have that discussion. It’s good, and good really isn’t enough anymore.

The One M9 is HTC’s Galaxy S5; next year, they’ll need a Galaxy S6-esque home run. I sincerely hope HTC considers what might happen when Lenovo gets serious with Motorola, and OnePlus gets their act together.

Those days are coming, and the repetitive thinking we find with the One M9 could prove HTC’s undoing in the interim.