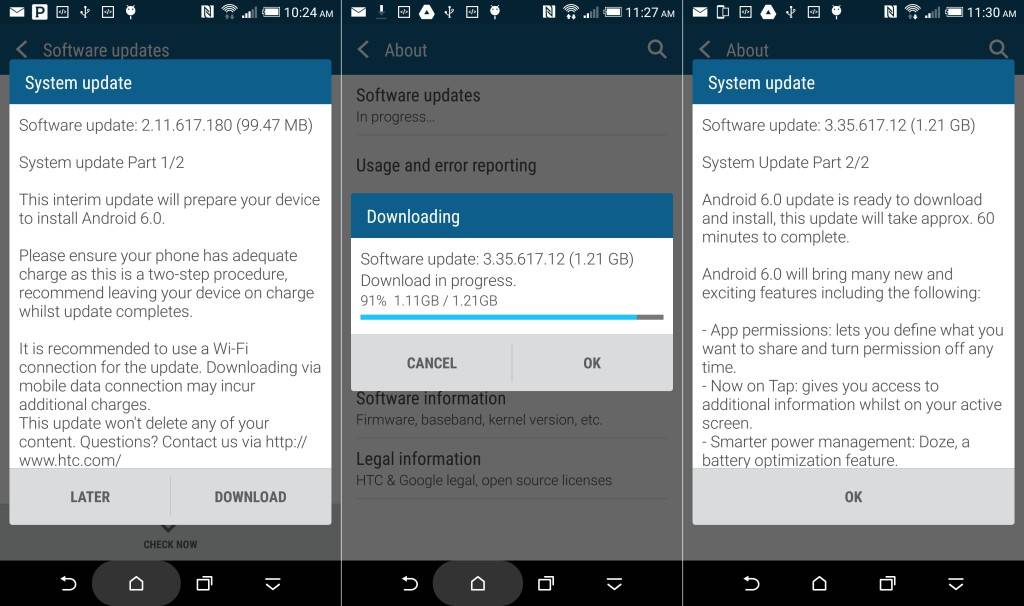 It may not be the most well-received new smartphone of 2015, but HTC’s flagship, the One M9 has the distinction of being one of the first non-Nexus device to actually be upgraded to Android 6.0 Marshmallow. Just a day after the OEM announced that the smartphone will be receiving the update in 48 hours, some users have reported that the rollout has begun and that they’ve started receiving the OTA updates.

But before you go and complain that you haven’t gotten yours, the rollout seems to be starting with unlocked devices in the US for now. The update comes in two files: a 99.47 MB file comes first and it seems to be paving the way for the actual update. Then the actual Android 6.0 update is next, with a 1.21GB download. Note that it’s just 6.0 and not 6.0.1, but if you’ve been waiting for a long time, then it shouldn’t really matter and you’ll wait until the minor update arrives soon.

Users of the HTC One M9 can expect the following Marshmallow features: Now on Tap which will allow you to access contextual information from any app without having to leave said app; Doze to extend your battery life when your device is just idle; a brand new permissions system; and your microSD card can be converted into internal storage (but with caveats of course).

As for the other devices still waiting for their Marshmallow, you might have to be content with roasting actual marshmallows by your fireplace this Christmas as we’re still waiting for other official announcements from other OEMs and carriers.