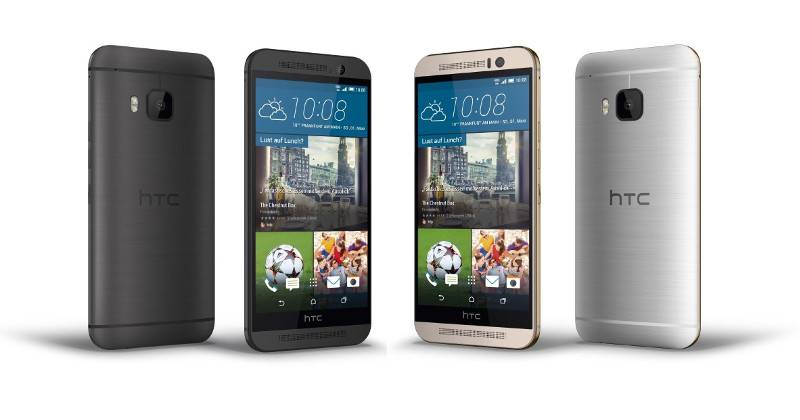 We’re just a week away from the world’s largest mobile industry event, so naturally companies are getting their stuff ready. Unfortunately, at least for the companies, sometimes that results in unwanted leaks of “official” marketing materials happen. It seems that HTC just can’t seem to get a lockdown of its information before MWC 2015. Or does it? This latest leak delivers an almost complete picture, figuratively and literally, of the HTC One M9 that makes it sound almost too good to be true. The same can’t be said of the smartphone, sadly.

Let’s nail down the tech specs first. German retailer CyberPort seems to have every detail we’ve heard about. Unfortunately, that does mean the same 5.0-inch 1920×1080 Full HD screen of last year’s model. No improvement there, sadly. The processor has been improved, that said, with the embattled Snapdragon 810 running in the background, making it the third official smartphone to bear the chip (after the LG G Flex2 and the Mi Note Pro). RAM is at 3 GB and storage at 32 GB, with a 128 GB expansion option via a microSD card. The rear camera is indeed the single 20 megapixel sensor we’ve been hearing about, with optical image stabilization and a dual LED, dual color flash. The front-camera, on the other hand, is HTC’s self-proclaimed 4.0 ultrapixel sensor. 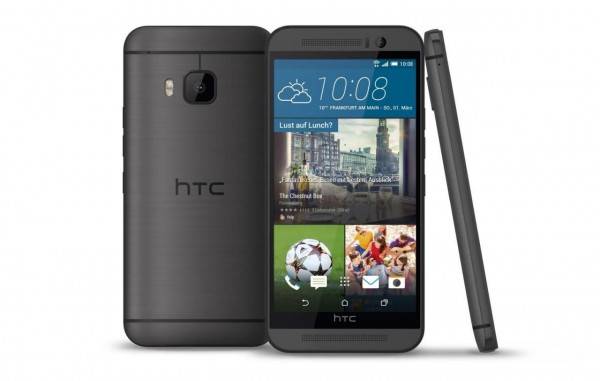 Perhaps more interesting than the specs is the design of the phone itself, which is a mix of old and new, not always for the good, however. You still have the same basic design since the One (M7), including the two front-facing speakers powered by HTC BoomSound. What has slightly changed is the location of the power/lock button, which has now been moved to the right side of the phone from the previous top. At 157.5 grams, the One M9 is expected to be lighter than its predecessor. That said, it is larger and thicker at 9.61 mm, especially due to the larger 2,900 mAh battery. But thanks to the curved back design, it might actually end up thinner in some places. 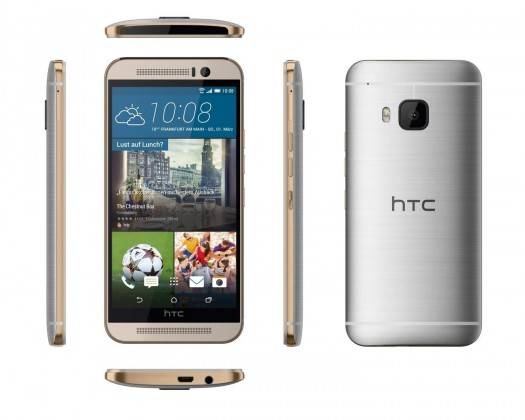 There is also a slight change in color options based on the leaks. While the same Gunmetal Gray option will still be available, it seems that HTC has merged the gold and silver ones into a single Gold on Silver model, with gold on the edges and the front and silver elsewhere. MobileGeeks, who broke the news, claims that HTC One M9 will arrive with a rather hefty price tag of 749 EUR, which could very well make it $750 in the US.