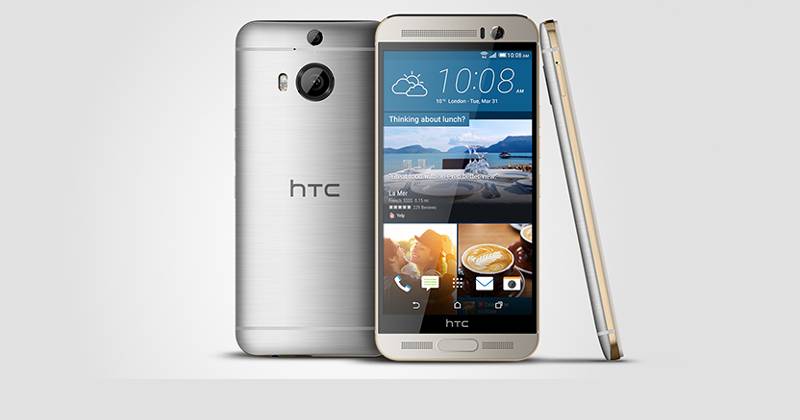 HTC has indeed finally revealed the One M9+, the symbol, not the word, and so far all of the leaks and tips have been pretty much spot on, leaving nothing to the imagination. Perhaps except for one rather surprising item. The One M9+ would have almost trumped the One M9 in almost all aspects save one. The processor. Perhaps to keep costs down after plugging in higher end components, HTC has chosen to go with MediaTek here instead of the Qualcomm that runs the One M9 flagship.

At this point, we can’t really be sure what prompted the chip switch. Could it be the much talked but not exactly proven overheating issue of the Snapdragon 810? Given that cost considerations are also present, it’s hard to say which is the real reason. The fact is, the One M9+ runs on the brand new 64-bit 2.2 GHz octa-core Helio X10 chip from MediaTek. If later benchmarks would show this latter smartphone outperforms the flagship, then MediaTek might have just found a champion.

That might, however, not be technically possible, as the processor will be driving a significantly higher density screen. The display remains at 5.2 inches, a bit larger than the One M9, but also has a much higher 2K resolution of 2560×1440 pixels. Good thing it is helped by 3 GB of RAM, same as the One M9. Also similar is the 32 GB of storage, with a microSD card expansion supporting up to 128 GB only.

Another key difference in the One M9+ is the rear camera, which, as also speculated, has a DuoCamera setup, pairing a 20 megapixel camera with a 2 megapixel one. Sadly, that 20 megapixel camera doesn’t really address the f/2.2 disappointment we had with the One M9 itself. The front camera is also the same 4 ultrapixel shooter.

And yes, there is a fingerprint sensor at the home position. Based on the official press materials, which show software buttons on the display, it might be true that this sensor doesn’t act as a home button at all.

The HTC One M9+, now official and everything we suspected it would be, remains a strange device in the face of the One M9 flagship. If one can stomach a MediaTek chip, there is very little reason not to prefer this over the original One. Well, perhaps except for availability, as HTC has announced the phablet for China only so far, with no word on whether it will leave the country’s borders.