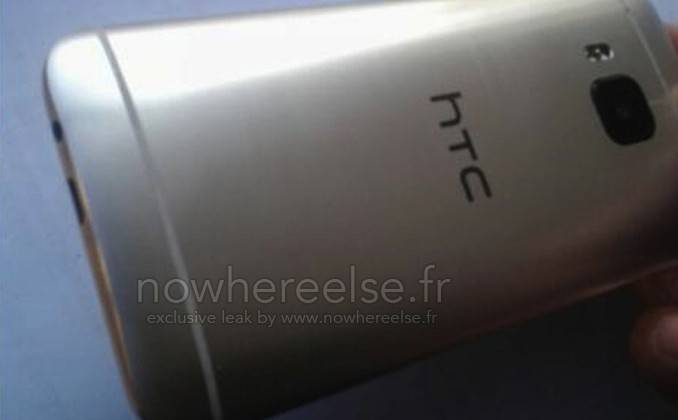 As we sit anxiously and count the days till March 1st for Mobile World Congress, we are surprised to see leaked photos of what HTC could be calling the new One M9. From the looks of it, it appears the new One M9 still retains the smooth metal chassis from the current model One M8. We can see that there are noticeable differences with the supposedly prototype M9 – trimmer all around, bezels are slimmer, the physical body seems to have lost weight and a square camera versus a circular camera on the current One M8.

HTC has delivered a great line with the One family. Following up on the One M8, there was no need to change too much, and for that we thank you – if these pictures prove to be real. HTC knows what consumers like, and they’re not trying to fix anything that’s not broken. Give us the same body style as the famous One M8, throw in a few tweaks here and there, and call it a day.

As you may have already heard, the new One M9 takes on the alias “HTC Hima”. The secret machine is expected to sport a 5-inch display (1920 x 1080 resolution), powered by Qualcomm’s Snapdragon 810 processor with 3GB of memory. Rumors say that the “HTC Hima” will pack Adreno 430 graphics, and should be running on Android 5.0 Lollipop. 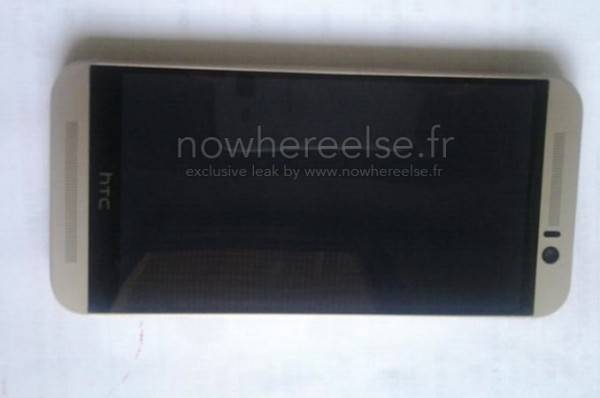 Like we said, don’t fix anything that’s not broken. HTC has focused on audio output since the One M7 introduced BoomSound, and as the leaked photos indicate, it seems HTC may carry over the BoomSound technology integrated in the current One M8. We can only hope that stays true, as the dual front speakers were one of the best standout features from other competitors in the mobile market.

Physical construction of the new machine doesn’t seem to steer far away from the current One M8. From the leaked photos provided by Nowhereelse, we see metal construction, tapered edges, microUSB and headphones jacks at the bottom, slim plastic antenna strips, and the appealing sleek brushed metal body.

With just a few weeks counting down to MWC in Barcelona, Spain, we are are eagerly waiting to here what HTC has planned for the new One M9 “HTC Hima”.

SOURCE: SlashGear
VIA: Nowhere Else