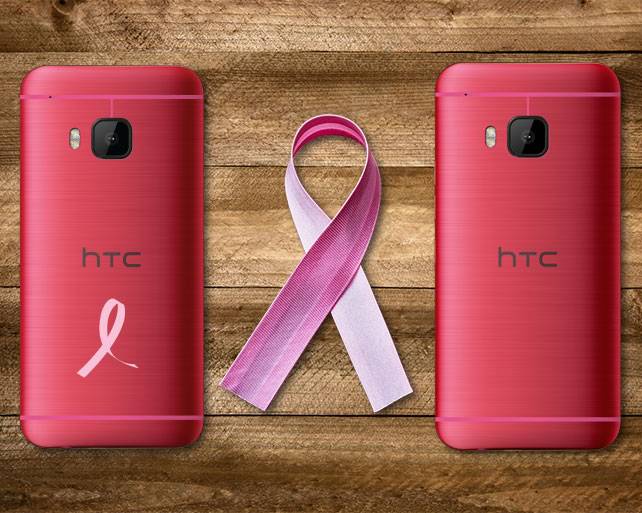 If you’ve always wanted to have a pink version of the HTC One M9, and not because of a colored case or shell, then you’re in luck since OEM is releasing a very special limited edition version. And not only will you have a stylish looking gadget, but you also get to support a worthy cause. That’s because the pink version is their contribution for breast cancer awareness and it can be your own statement for the cause as well.

October is the designated Breast Cancer Awareness month and as part of the #BeTheEnd of Breast Cancer campaign, they are releasing an all-pink version of their current flagship. The specs for the smartphone remains the same and you have the option of choosing just an all-pink one or a version that has a pink ribbon as well.

HTC will also be donating $25,000 to the Breast Cancer Research Foundation, a group that has a mission to fund what will someday be the solution in the fight against the disease that affects 1 in 8 US women, according to the latest statistics.

However, the pink HTC One M9 can only be bought through the HTC online store and is not available on Sprint or Verizon. The cost of this device is $649, but it also comes with $100 Google Play Store credit and a pink Dot View Ice case, with the two bonus items with a value of $149.99. You also can get 30% off all pink cases in their online store. So if this is your favorite color, then go and avail of this special offer for a good cause.