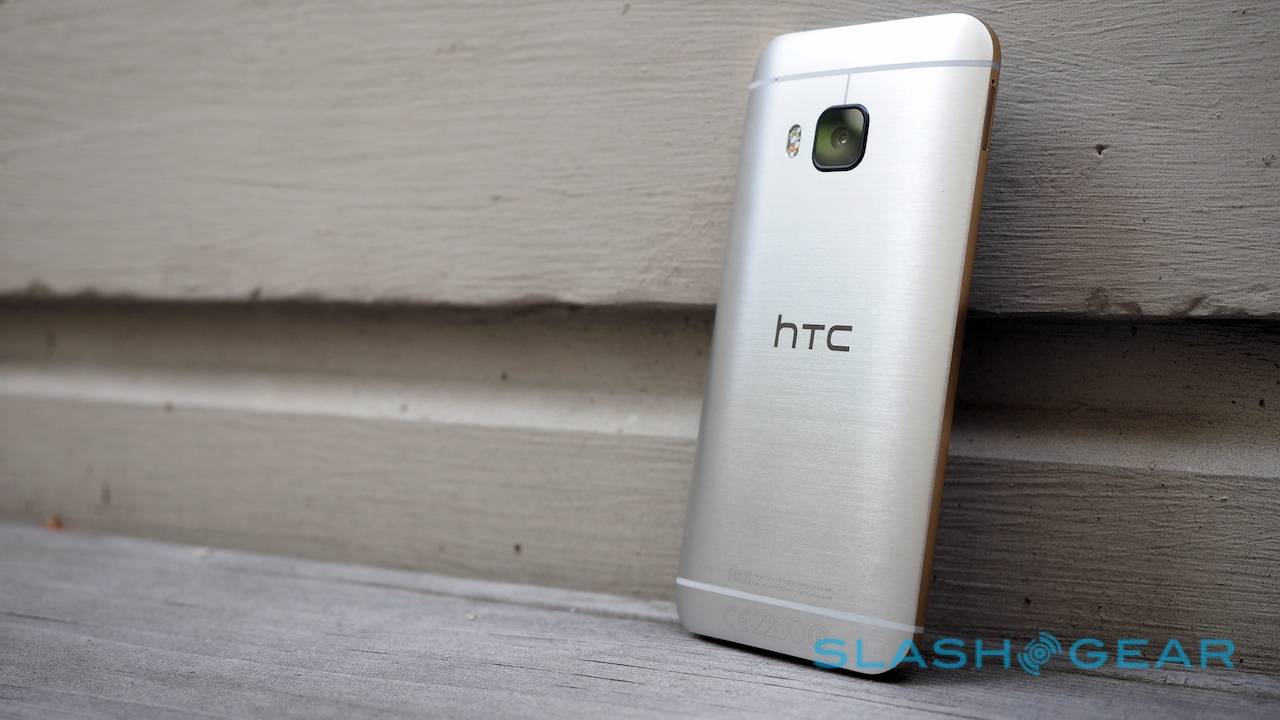 HTC has shown its hand for 2015, it’s high end race horse for this year, and the last smartphone to be launched under now ex-CEO Peter Chou. It is clear from a glance, and from a bit of reading of HTC’s PR materials, that the One M9 is its most refined, most luxurious looking, and most advanced smartphone to date. But is it it’s best? And more importantly, can it boast of being the best when put alongside other 2015 smartphones? SlashGear’s Chris Davies takes the smartphone for a spin to find out the answers for himself.

While most will start with tech specs, it’s hard not to begin with the design when it comes to HTC’s flagships. Starting from the first One, now known as thee One (M7), HTC has been crafting premium looking smartphones way before Samsung could forget its plastic fetish. And that attention to design reaches its perfect, and perhaps its end, in the One M9. It is almost all metal, with even fewer traces of plastic compared to the One M8. HTC boasts that it takes more than 300 minutes to craft the exquisite unibody chassis of the device, complicated by the fact that HTC deemed it wise to offer it in a two-tone color combination. This “jewelry grade” process is something you’d usually only hear from more exorbitantly priced luxury smartphones.

HTC also sought to correct some of the glaring flaws of its previous iterations but sometimes missed as much as they hit. The back, for example, is less slippery to hold, yet the edges happen to also be a bit sharp. The power button has been moved away from the top to the side, but located near the middle below the power button. And the choice of all metal material once gain leaves it out of the wireless charging party. The HTC One M9 undoubtedly looks like one class smartphone, but they always say never judge a book by its cover.

While HTC splurged on the appearance, it might have left the insides a bit wanting. Sure, it still boasts of flagship level components, but some feel left in the 2014 era. Given how fast the mobile device industry moves, that might be a death wish. Sure, the smartphone runs on the latest Snapdragon 810, but given the intrigue and suspicion that surrounds Qualcomm’s chip, that isn’t telling much. HTC even just recently pushed out a firmware update that changed the thermal limits of the chip, while not really outrightly admitting that the chip does overheat. But even before that update, the One M9 did not reach those feared burning marks and still performed remarkably well.

The biggest liability, however, would be the display, which remains at 1080p when the rest of its flagship rivals are climbing the 2K ladder. That’s not to say the One M9 crisp and color accurate LCD screen loses out, especially given the still debatable benefits of higher resolutions on such small screens. Nonetheless, the decision not to upgrade the resolution within three generation hints at some cost cutting here and there. While in practice, the 5-inch 1080p display will do just fine, it will be a tougher spec to sell and might provoke some questions and doubts.

As for the rest of the specs, they are pretty normal, with a 3 GB RAM, 32 GB of internal memory, thankfully a microSD that can support a theoretical maximum 2 TB, and a 2,840 mAh battery. That last one bears noting. Given the One M9’s design, the battery cannot be replaced. In its stead, HTC went with Qualcomm QuickCharge 2.0. Strangely though, the charger that comes in the box doesn’t take advantage of this feature, leaving users to hunt down a compatible charger if they wanted to.

HTC’s Sense 7 skin might not be as notorious as Samsung’s TouchWiz, but it is no vanilla Android either. Thankfully, HTC doesn’t exactly go overboard in its customization and mostly limits those in the homescreen. That homescreen takes a different and smarter character in Sense 7, with HTC injecting a suggestion system to the launcher. It surfaces most used apps appropriate to your context, which mostly means time of day, but here it’s a bit of a hit or miss at times. Such is usually the problem with such “smart” launchers, though HTC could have probably taken it through a few rounds of polishing before shipping it out. 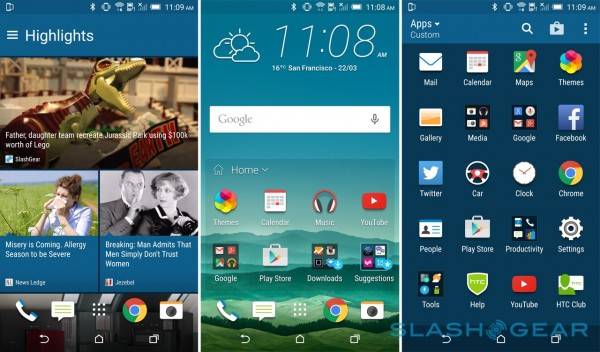 Sense 7 also brings in a wealth of customization options in terms of appearances beyond your usual wallpapers or icons. You can even set your desired fonts, sounds, and color schemes, complete with a store for getting pre-made ones. HTC’s theming system can automatically extract colors from your current wallpaper so you don’t have to break your brain trying to find a good color scheme.

Perhaps the most useful, or at least practical, customization feature of Sense 7 is allowing users to customize the navigation panel’s soft buttons, reducing or even increasing the number of buttons at will and rearranging them as desired. This is a nifty feature that appeals to those whose dominant hand prefers a different organization, a feature that has so far only been found in after market ROMS like CyanogenMode.

Given HTC’s foray into photography, you’d think this is one area where One M9 will shine. Sadly, like the rest of the smartphone so far, it’s a bit of a mixed bag. Yes, HTC has removed the rather eccentric UltraPixel camera from the back but it hasn’t thrown it away. It has been relocated to the front, where the technology’s low-light photography benefits might be put to better use. Taking it’s place is a 20 megapixel sensor, a size that would remind some of Sony’s Xperia flagships. That said, it isn’t exactly the creme a la creme. It sports an f/2.2 lens when Samsung, in contrast, puts an f/1.9 lens with its Galaxy S6’s 16 megapixel shooter. This means that Samsung’s camera has a larger aperture and can, therefore, take in more light.

The end result? A mixed bag as well, especially compared to the One M9’s immediate predecessor. The new flagship’s camera results in more details, less nose, and vibrant colors. But, at the same time, it doesn’t handles low light situations and macro shots quite well as the One M8’s. Close-ups are fare better than wide, panoramic ones. And, sadly, there is no Optical Image Stabilization. All in all, it’s not exactly easy to say with conviction that HTC’s decision to finally jettison UltraPixel from the back actually ended up with a better implementation in this case.

Where the One M9 was pretty ambiguous when it came to the camera, it is crystal clear when it comes to audio. HTC’s BoomSound technology really puts the One M9’s dual front-facing speakers to the forefront, still one of the very few smartphones to have those. And the headphone experience isn’t bad either, with Dolby Audio delivering a surround listening experience, without having to buy a specialized pair of earphones. Paired with the large but still handy 5-inch 1080p screen, and you’ve got the makings of a formidable multimedia consumption powerhouse in your pocket.

So is the HTC One M9 a winner? We’d love to be say “yes” unconditionally, but we’ll have to qualify it a bit. Yes, the One M9 is a clear champ for the HTC camp, especially HTC One owners. It addresses many of the complaints that One M7 and M8 owners had and lavishes premium craftsmanship for those who are already fans of its design. In short, the HTC One M9 is perhaps the best fan service that the manufacturer can give.

Taken in isolation, or at least in context of other 2015 contenders, however, the One M9 starts to look less confident. Sure, there is no denying that the One M9 still looks dashing, especially given HTC’s now refined manufacturing process, but Samsung has just shown that it can do that, too, without compromising on the tech specs that consumers love to hear. The One M9 has one foot set somewhat uncertainly in the present while the other seems unable to let got of the past. It might be interesting to learn that HTC spends 300 or more minutes creating the smartphone, but perhaps it could have allocated its resources and time to some other aspects instead. 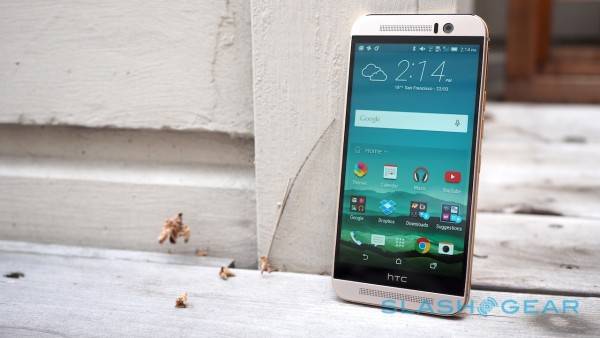