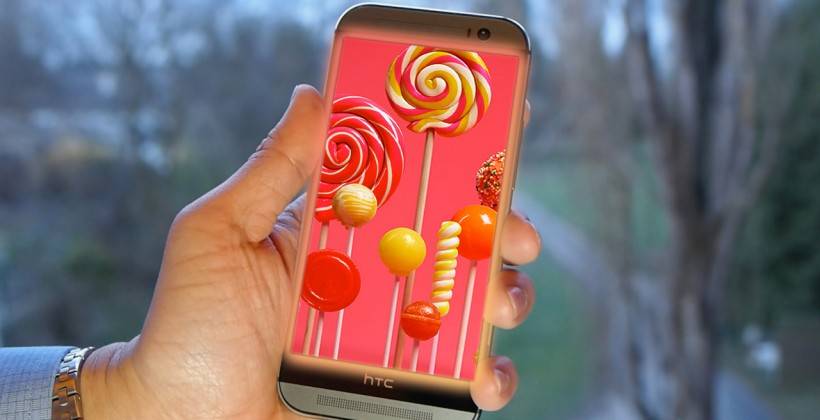 For some smartphone users, the wait has been long and arduous, and challenging, but is now almost finally over. We’re talking about the (very) gradual roll-out of the much awaited Android 5.0 Lollipop. Google and the various OEMs have been trying to perfect the update probably, and so it’s taking them some time. For owners of the HTC One M8 in Europe, and for the Samsung Galaxy Note 3, the good news has finally arrived and their devices will be Lollipop-ized in the next few days (if not already).

Owners of HTC’s flagship One M8 who live in Europe have started receiving updates to their devices, at least for those in Germany and France. Those who are in Britain and Scotland say they haven’t gotten theirs, but the Senior Global Online Communications Manager for HTC, Jeff Gordon, says that the update will be arriving “in waves”. The official build is marked as 4.16.401.10 and is just 780MB, compared to the heavier upgrades we’ve had before.

For those who have a Samsung Galaxy Note 3, you can already officially upgrade your smartphone to Android Lollipop as well, that is, if you’re in Russia or have a model that is the same as the Russian one. The firmware file is now available for download so you can enjoy those Lollipop features that people have been talking about, like the Material Design, lockscreen notifications, etc.

For those who are still waiting, you just have to be a little more patient. It usually takes several months for all eligible Android devices to be updated. Let’s just hope you think it’s worth it.