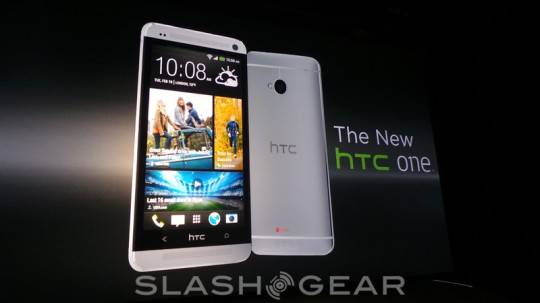 Given the coverage, it was hard to ignore the HTC One yesterday. That said, while the coverage was plentiful, we suspect there are some that would still like to have seen the actual launch event. If you happen to fall into that category, the 37 minute video can be seen in the post below. HTC had an event in New York and London and the video shows the latter which means you will be seeing HTC CEO Peter Chou.

The presentation starts out with the usual chatter in the beginning — with Peter Chou talking a bit about the company and a bit about what they have recently done. He goes on to mention a few devices including the Butterfly. Thankfully though, things quickly shift to the One. While the hardware specs of the HTC One are nice, the announcement dives right in with smartphone behaviors and how people use the phone. They refer to this as “a new approach.”

This goes on to cover some of the parts of Sense. The HTC One was unveiled with the latest version of Sense which will include goodies such as Zoe and BlinkFeed. The former is a mashup of sorts, one that will combine still images and video. The Zoe clips are put together by HTC and will include everything from background music to transitions and other effects. The BlinkFeed on the other hand is information related. This will provide what HTC is calling “snackable” pieces — it is a constantly updating homescreen that pulls information from a variety of sources including Twitter and Facebook as well as Flickr and news sources.

And when you wrap up the announcement video, make sure you check out the full range of coverage that we had yesterday. Some of the posts included details about the specs and the carriers as well as features to include Sense TV and BlinkFeed. We also had details about the $100 trade-up program, the benchmarks and our hands-on. You can grab all the necessary links in the timeline below.