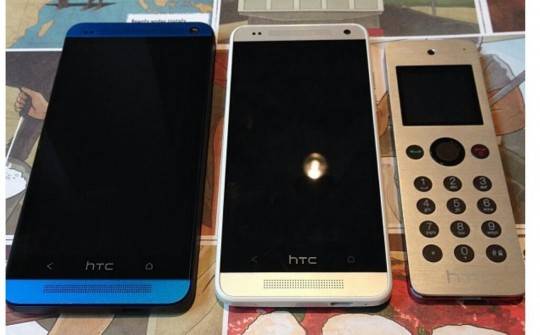 Lately there seems to be a lot of excitement around a device that’s already a few months old. That being the HTC One. Don’t get me wrong, it’s an excellent device I use daily, but the Blue model possibly headed to Verizon has a lot of folks excited. We’ve seen it in the wild a few times already, and know a blue model is coming, but the recent rumors of Verizon getting it sadly might be wrong.

Yesterday the Blue HTC One leaked again for the second day in a row, and now it’s only a matter of time before HTC and a carrier offers it to the public. Just like the red flavor that took almost 2 months to arrive. Well, Verizon launched the HTC One earlier this month, finally, but they only have Silver for the time being. Hey, at least it’s 32GB though right?

Today the folks at PhoneArena are reporting that the Blue HTC One could become an exclusive for the Now Network, and won’t arrive on Verizon, AT&T, T-Mobile, or elsewhere. Just like the red HTC One, Sprint will be the only one to offer it. Weak.

With devices like the Moto X being customizable, we understand that people want a choice, but this carrier exclusive stuff needs to stop. Many were excited to get the HTC One on Verizon, possibly in a color other than the regular old silver, but that appears to not be the case. It’s possible others will get it, but doubtful.

That aside, who picked up a Verizon HTC One, anyone?