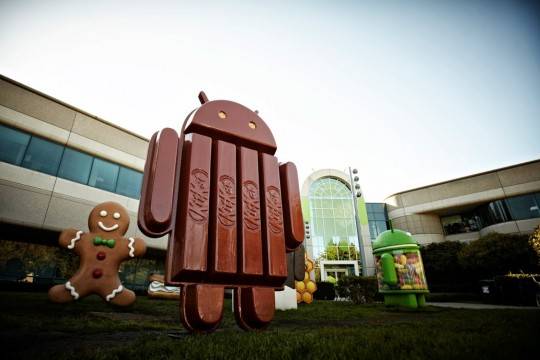 Android 4.4 Kit Kat has begun arriving for the Google Play edition HTC One. The update is on the larger side, measuring in at a bit more than 300MB in size and is bringing Kit Kat along with a handful of specific features that should improve the overall performance of the handset. That being said, while the update has begun, it is important to remember that it will be rolling out in stages.

In other words, the update is currently rolling out, but it may or may not be available for the device in your hand just yet. There is a direct download link available, just in case you are carrying an HTC One Google Play edition handset and are feeling like you cannot wait any longer to get Kit Kat installed. We would suggest taking the patient route and waiting till the OTA is ready for your device, but just in case, the download can be found using this xda link.

Otherwise, the Kit Kat update means Google Play edition HTC One users will be getting the new Hangouts, which integrates SMS and MMS messages with the regular chats and video calling. This update also adds the new phone dialer which includes Caller ID by Google as well as some new features for those looking to print documents on a printer. The print functionality will connect your handset with any Google Cloud Print or HP ePrint printer. 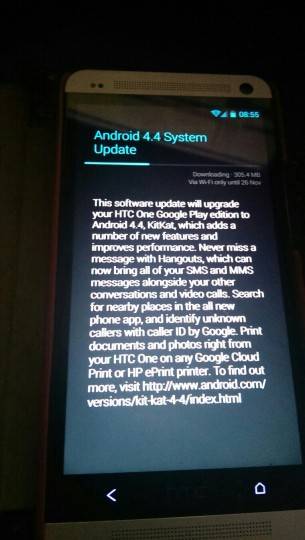 Aside from the HTC One, this leaves the Google Play edition of the Samsung Galaxy S4 waiting. We have yet to hear anything from Samsung or Google as to when GPe Galaxy S4 users can expect Kit Kat to begin, however given we have already seen Samsung release the source code bits, it shouldn’t be much longer now. Of course, aside from the GPe models of the One and Galaxy S4, the real Kit Kat talk has circled Motorola who has been making quick work of updating the Moto X on US carriers. 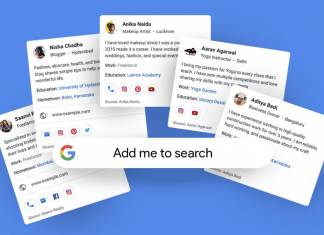