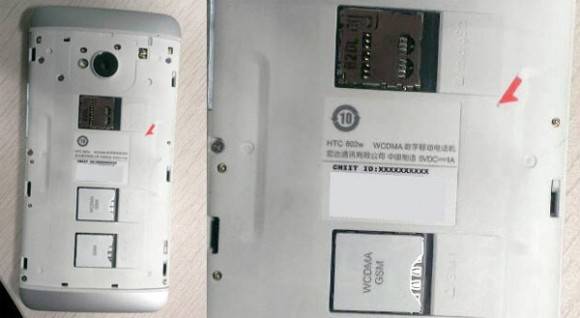 There are a lot of people out there that were excited at the thought of getting their hands on the HTC One smartphone. The device is missing a very common Android smartphone feature that may have turned a few people off to purchasing the device. That feature is a microSD card slot for storage expansion.

Images have surfaced showing a version of the HTC One destined for a Chinese carrier that has a couple features that may make HTC One buyers in other countries jealous. The images show a removable back cover that hides dual SIM card slots. While most of us could live without that second SIM card slot, the images also show a microSD memory card slot.

The ability to add additional storage is a big deal for a lot of users and it’s very curious that the Chinese version of the smartphone gets the memory card slot while versions for other countries don’t. HTC will be producing three versions of the HTC One for China that will be going to China Unicom, China Mobile, and China Telecom.

The specific version of the HTC One seen in the screenshot above is the 802W. Versions of the HTC One available in Europe feature a single SIM card slot, no removable back, and no memory card slot.