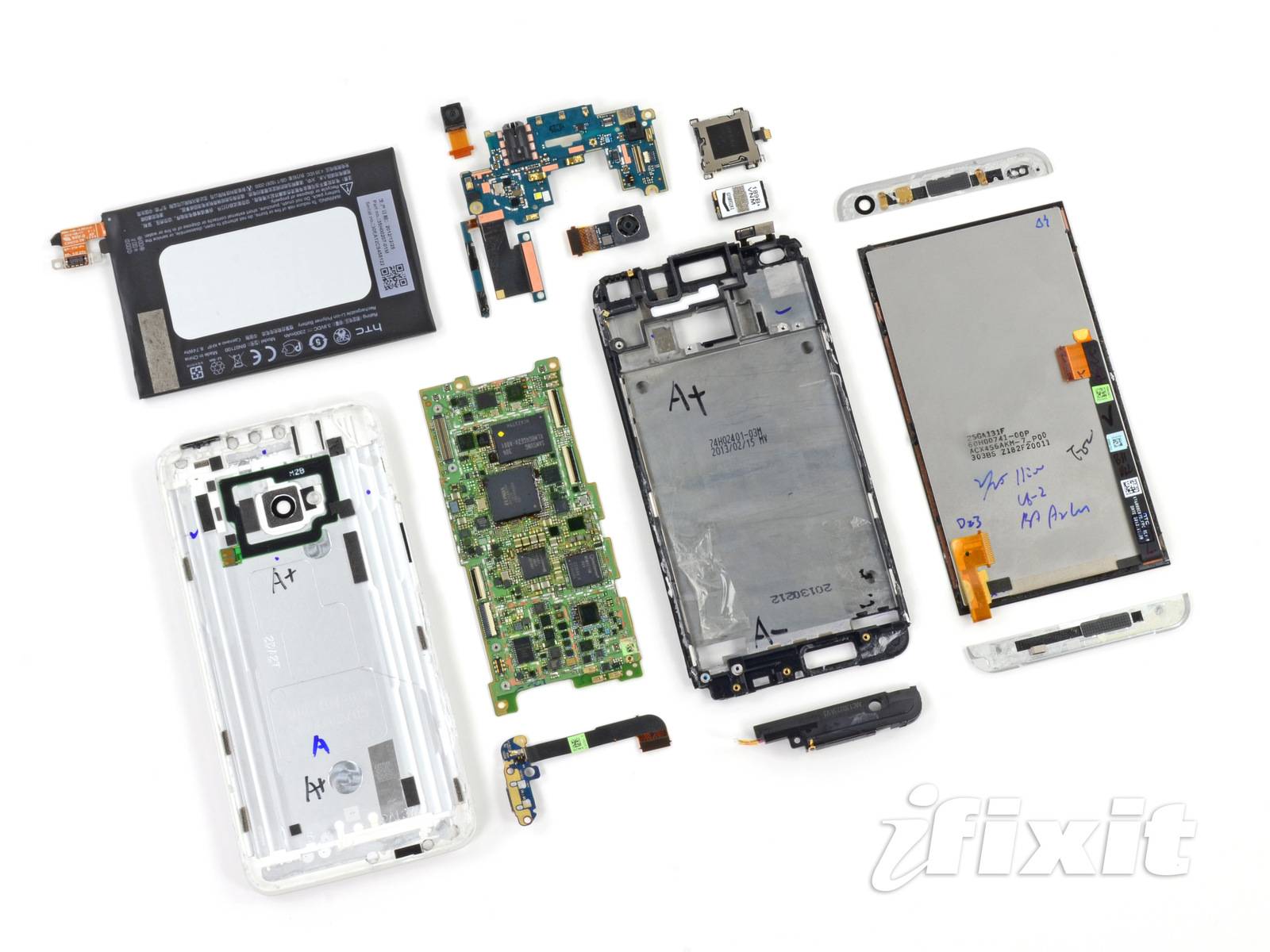 The HTC One is made from a solid block of aluminum and is touted as having a zero gap construction. Well, as it turns out, the lack of gaps in the construction was not all that much of a deterrent in terms of getting inside the smartphone. Granted, we wouldn’t suggest this for everyone, however the folks over at iFixIt have said that a “small amount of heat and a suction cup were all that was required to create a gap.” Yes, the HTC One has been torn apart.

The process took 19 steps and ended with the handset being give a score of one (out of ten) in terms or repairability. Of course, these days we don’t see many people repairing their smartphones, but instead buying new. In that respect, a score of one flips nicely to mean that the One is a solid device. In fact, the teardown noted that the “solid external construction improves durability.” 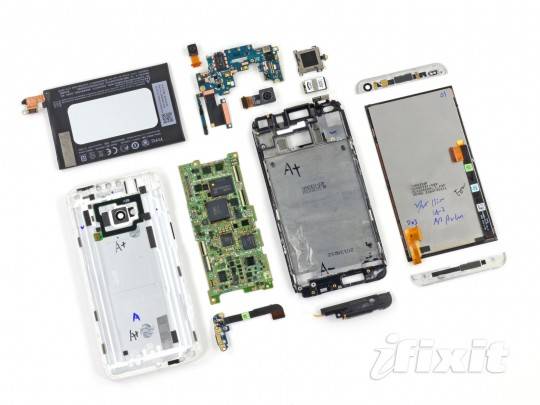 The talk of the antennas comes in at step 16 and this is one part where there is some mystery. The teardown revealed three spring contacts along the top side of a board and well, it was said that if they “had to guess, that’s where HTC put the antennas.” The reasoning here was because that particular board was said to be on the receiving end of the motherboard’s antenna cables and also because it sits directly under the plastic bezel at the top of the phone. All said and done, the HTC One appears to be a solid device, just not one that will be good for any user repairs.