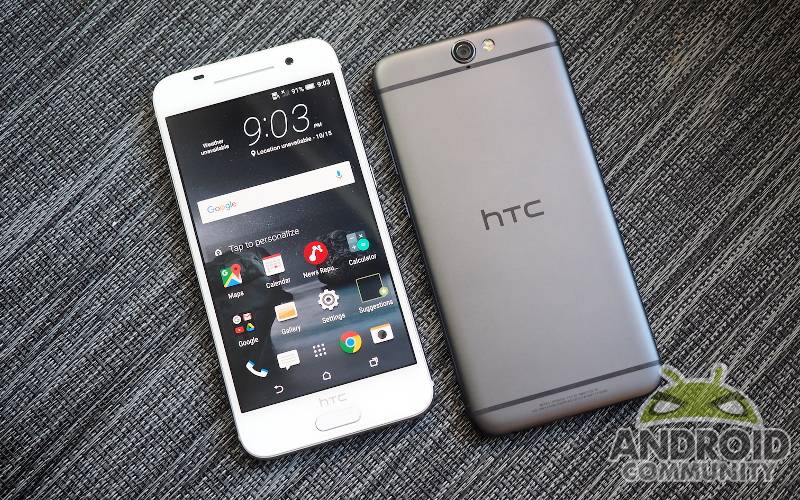 This is the HTC One A9, the company’s latest, and perhaps most desperate, attempt to redeem itself in the eyes of the public and its investors. It is as what many leaks have hinted at, both the good and the bad. But they say truth is stranger than fiction, and the One A9 is definitely more than just a pretty but eerily familiar face. Both without and within, HTC‘s new flagship, yes it is a flagship, tries to address most of the company’s faults, while still cutting corners in some places, almost literally.

It can’t be helped. The HTC One A9’s design will be the most immediate thing that people will notice. And sadly, many will perhaps just stop there, judging the HTC smartphone as simply an iPhone 6s clone. If they do so, however, they will fail to notice some subtle important differences, like how the back plate uses a different material from the sides, brushed metal on the former and bead-blasted polish on the latter. HTC prefers to sell it as an amalgamation of the form of the mid-range Desire line with the metal unibody material of the higher end One family.

Another unique detail you won’t find elsewhere is the power button on the right side, just below the volume buttons. Unlike other power buttons, it is ridged, which is easier to find and distinguish even without looking at it. 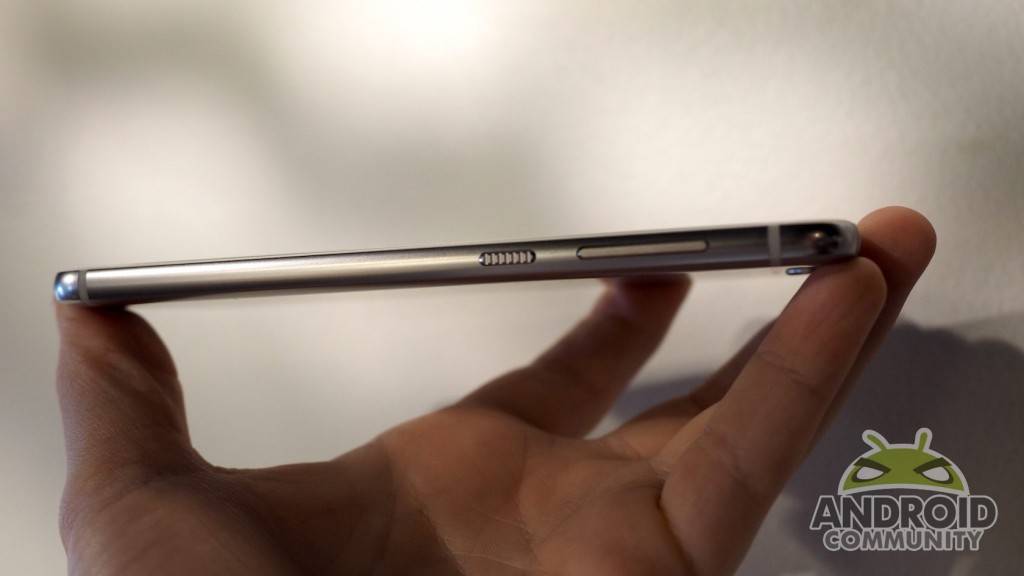 And on the front, you got the home button, more elongated than circular. Here, one could say HTC “borrowed” design cues from Samsung instead. It also houses a fingerprint scanner underneath, which HTC points to as the reason why the smartphone no longer sports the dual front-facing speakers that made HTC’s smartphones unique in the market. In exchange, HTC equipped the bottom speakers with Surround Sound, Dolby Noise Reduction, and 24-bit audio support. The headphone jack, also at the bottom, of course, also has its own amp now.

The next controversial part of the HTC One A9 will be its processor. 64-bit and octa-core, yes, but only a Qualcomm Snapdragon 617. Strictly speaking, the 600 series is designed for smartphones that straddle the thin line between mid and high end. HTC insists that raw processing power isn’t the only factor in a pleasant smartphone experience. It is the totality of features that the chipset brings that’s even more important, like support for Carrier Aggregation on Cat. 6 LTE. But HTC might also have looked into places where it could cut down on costs. Or maybe it felt too burned by the previous Snapdragon 810.

Perhaps it shouldn’t be a surprise that the 5-inch AMOLED display only sports a 1080p resolution. There is still some debate on the benefits of 2K, much less Sony’s insane 4K. That said, given the small size of the screen, it might not be such a big loss.

One thing that the One M9 was criticized for was its camera, and HTC tries to appease the crowd by going the middle route. The One M7 and M8 favored the larger UltraPixel technology but skimped on the resolution. The HTC One M9 went the other extreme and ditched the UltraPixel for a massive 20 megapixel sensor that faltered under low light. The One A9 now has a more moderate 13 megapixel rear sensor with an f/2.0 aperture, which should be decent enough. And finally we are seeing the return of optical image stabilization (OIS) after two generations of flagships. Suffice it to say, it will be interesting to put that camera to the test. Sadly, there is no 4K recording, which would have bulked up the smartphone beyond HTC’s design goals.

The battery, which is not removable in typical HTC fashion, might be a bit disappointing. It is only 2,150 mAh, which is quite paltry by today’s flagship standards. That gives it just 12 hours of HD video playback, 9 hours of Wi-Fi browsing, and 16 hours of talktime. HTC once again tries to make up for it with the new Quick Charge 3.0. And fortunately, it actually ships a Quick Charge adapter with the smartphone. 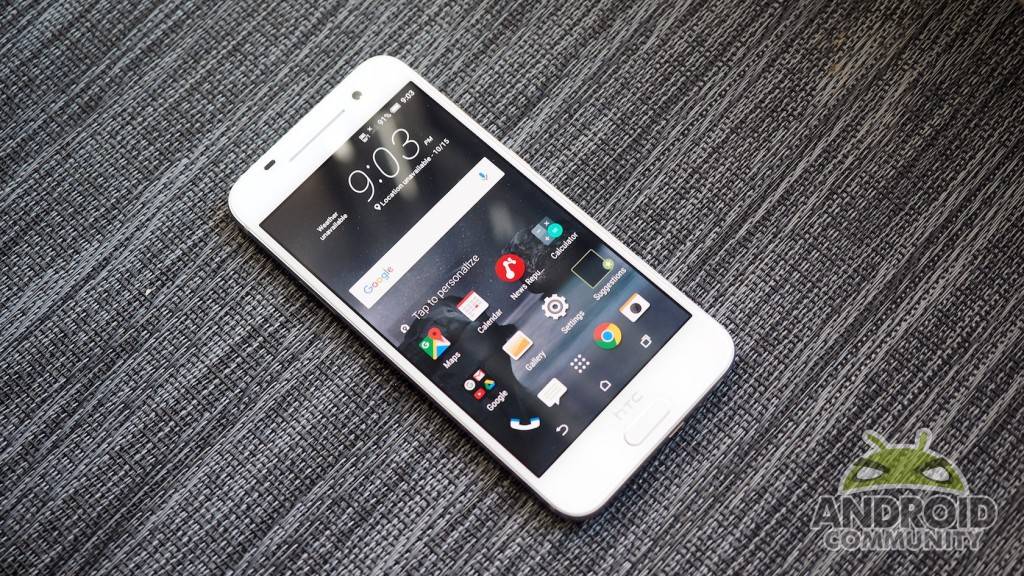 The software on the One A9 bears noting. For one, it is the first HTC smartphone to come with Android 6.0 Marshmallow out of the box, bringing with it sweet features like Android Pay, Doze mode, Now on Tap, and App Permissions. For another, it also represents a new direction for HTC in terms of its custom Sense user experience. HTC rationale for designed the Sense UI was to fill in the gaps that Android itself left in previous releases. As Android matured, HTC saw less need for such heavy customizations. Sure, there’s still room for some things like BlinkFeed and some HTC apps, but now they aren’t baked into firmware itself. This not only makes Sense lightweight but could also speed up the update process for new Android releases as well as critical security fixes. In short, this will be HTC’s “more realistic” strategy, instead of committing to a fixed monthly update cycle.

The HTC One A9’s oddity continues with its price. For a flagship, it will only cost $399.99, cheaper than a Moto X Style/Pure Edition of a similar storage capacity. Given some of the hardware though, that might not come as a shock, but it will still probably make many people think twice about this HTC device.

The One A9 will hit the US sometime in November, where it will be available with 3 GB of RAM and 32 GB of storage. Buyers in the EMEA region will have to settle for a 2 GB/16 GB version. Asian markets will be playing a bit of roulette in terms of configuration. All models will come with microSD card slots. Initially, available colors in the US will include Opal Silver and Carbon Gray, with a Deep Garnet coming some time later. The premium looking Topaz Gold will be an international option only. 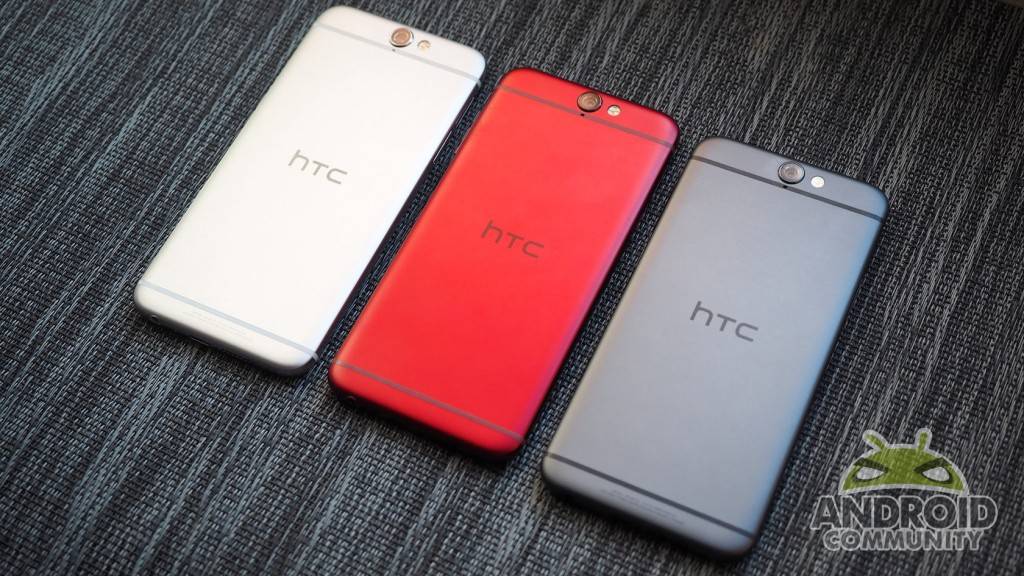 The HTC One A9 will undoubtedly be a controversial device, at a time when HTC perhaps needs less controversies. It is going to be sold as a flagship in name, but might not meet everyone’s expectations of a flagship. Bonus points for the accessible price tag but many might take issue with some hardware choices. And HTC probably already expects some PR fallout for the design direction that it chose. It is, however, too early to judge the One A9, something we’re reserving for a more in-depth experience with HTC’s “hero product”.