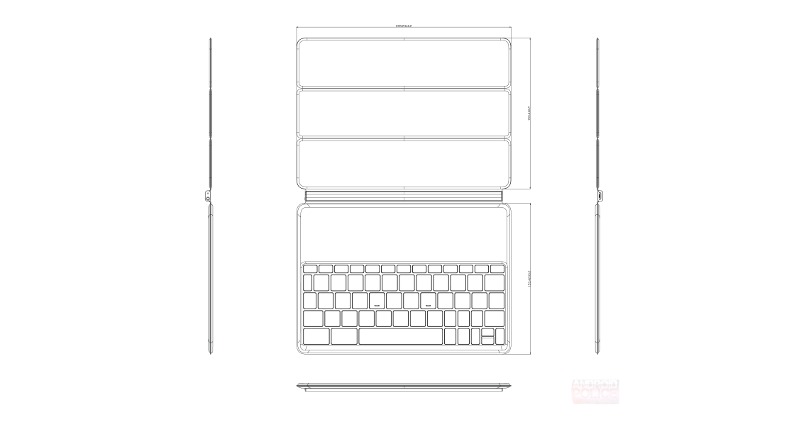 We don’t expect to hear much about Nexus products this IFA 2014 week, but that won’t stop the rumors and leaks from coming in. This round is dedicated to a long-awaited Nexus tablet, believed to be made by HTC this time. As part of its launch, Google is believed to provide a new kind of accessory never before seen in any official Nexus add-on: a keyboard folio case.

As keyboard folios go, this one designed for the HTC Nexus tablet, currently codenamed either Flounder or Volantis, is a rather strange one. Whereas most cases use the keyboard-bearing side as the cover as well, this one uses the opposite side as the cover. That cover is also peculiar, as it bears the distinctive segmented design of Apple’s Smart Covers for the iPad (do we smell a lawsuit coming?). The cover will also lock and unlock the tablet automatically, much like Apple’s implementation.

Another “uniqueness”, to put it kindly, of this cover is the hinge. One side of the hinge hides a micro USB port while the opposite side has an LED indicator. Both are utilized for charging the keyboard’s 450 mAh battery. The keyboard will connect wireless via Bluetooth 4.0. The Nexus tablet can then be propped up either on the segmented cover rolled up to act as a stand or on a separate stand, as long as it is within Bluetooth distance. 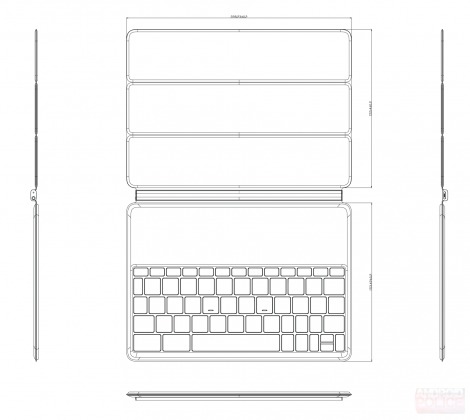 This keyboard folio is definitely a first for Google, which hints that it might have a more serious use case for the next Nexus tablet in mind. Based on the dimension of the case, the tablet may also sport a 4:3 aspect ratio. It’s not exactly the same, but Microsoft is touting the Surface Pro 3’s 3:2 ratio as something more “business friendly” and Google might be aiming for the same target market with this HTC tablet. If true, we can pretty much expect this to be part of Google’s rumored entry to the enterprise to combat Apple’s similar new direction.