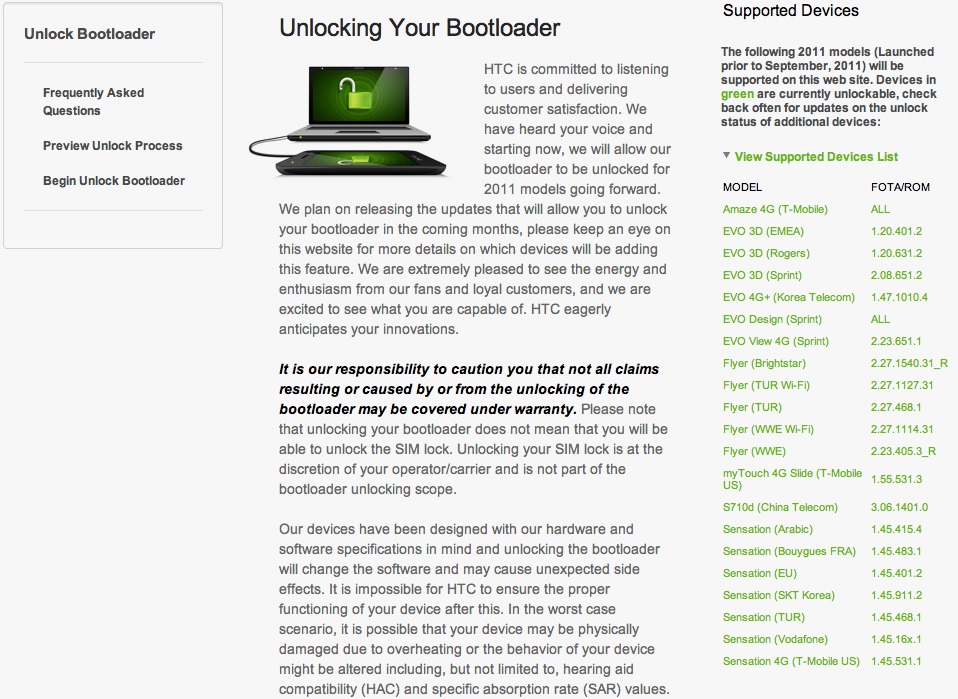 It appears that HTC is staying true to their word completely because they’ve continuously been adding phones and tablets to the ever growing list of supported devices at HTCdev.com for boot loader unlocking. We now have a few more popular devices that made the list, although they’ve been unlocked by the community for a while already.

Both of these devices have unofficially already worked for unlocking at HTCdev.com but now they are officially on the list and fully supported it should make the move a bit easier for those that were worried to take the jump. HTC’s myTouch 4G Slide and the EVO View 4G tablet are now both supported. The View 4G’s WiFi brother is the HTC Flyer and both have been able to be unlocked using the Flyer’s portal for some time. The slide is also the first myTouch phone to make the list — and the original myTouch 4G was so easy to unlock we probably shouldn’t even worry about it.

As always, unlocking your bootloader and rooting your device will still void the warranty — even if you unlock it via the method provided directly from HTC. So if you fancy that warranty this isn’t something I’d pursue although many probably aren’t too concerned in these parts. For those ready to take the leap and unlock that shiny Android head to HTCdev.com and get started today.