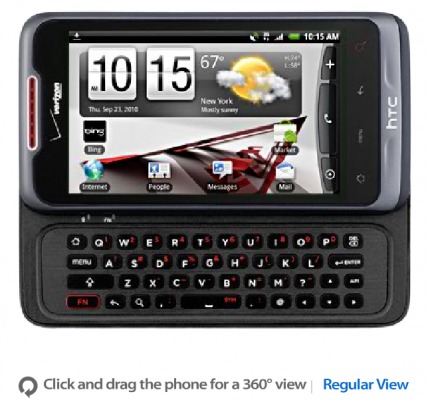 We recently saw some HTC Merge accessories pop up in Verizon’s system, but not alot of other hard evidence. Well, we have found some more evidence today on Verizon’s website. The HTC Merge has popped up and you can drag and click the phone for a 360 degree view.

Although, the phone was originally rumored to make its debut November 11th, that has obviously been postponed to a later date. This is definitely a good sign that the phone is nearing release if it happened to pop up on Verizon’s website. We will keep you updated on the status of this phone and on any new info on the phone including the due date of the phone. Not sure how much longer this link will work, but it worked for me when I went on, so go ahead and play around with the device here.

Via [bigdav1178 in Android Central Forum]