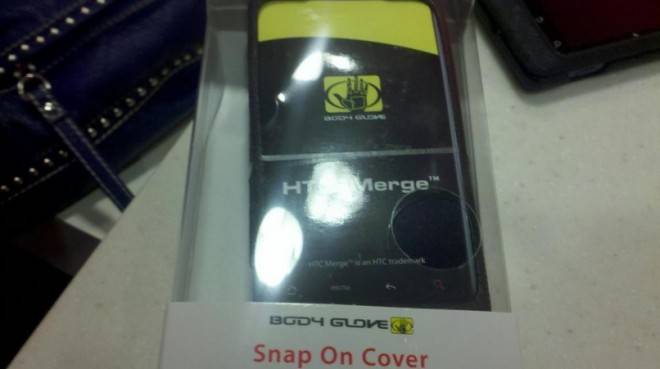 In what seems to be a common occurrence in smartphone launches, in which accessories appear in stores before some devices are even announced. Following the trend, the HTC Merge has just had a case appear in stores, but we are still in the dark of any launch plans for the device.

We keep expecting the Merge to be launched but then each of our pinpointed dates seems not to actually happen. We are left in the dark, yet again, with the Merge and hopefully we will be seeing it here soon. No word on why Verizon has delayed the device, or what exactly they’re doing, but this would be a great device for their holiday lineup.

Could this be one of Verizon’s flagship 4G devices? If so we may have to wait a bit longer to see the device. The phone does have the hardware power that a 4G network would demand, and that would be a much welcome excuse for the delay, but Verizon will ultimately do what they want, and we just have to wait and see what that is.