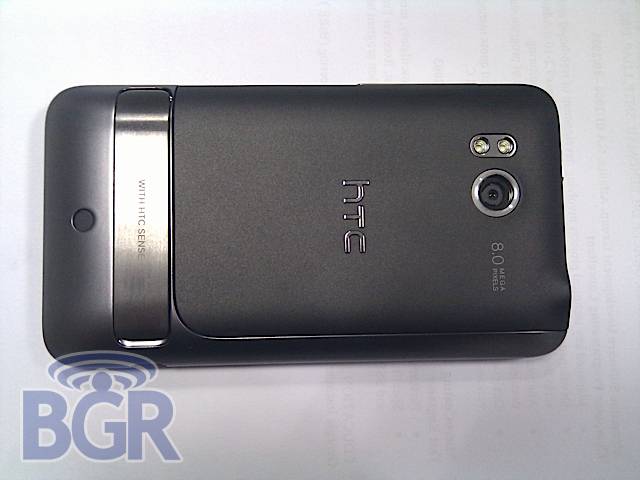 Ready to look at a nicely framed device that doesn’t quite yet have a name or release date? Good, because here it is. As you can probably already tell, it looks strikingly familiar. It definitely has the same lines as the EVO, the first 4G-capable device launched on Sprint a couple of months ago. But, it has that same brushed aluminum attractiveness that the Nexus One features, which makes it easily one of the most attractive devices not available right now.

According to a Ninja talking with BGR, the device is certainly heading to Verizon, and as you can see right there, it has an 8MP camera on the back with dual LED flash. According to the source, not only is this one of the best looking devices, it also makes the Droid 2 look like a toy. Bold words, certainly. Oh, and if you’re not enticed yet, there’s also word that this 4.3-inch device features a front-facing camera. That’s right — video calling is coming to Verizon, supposedly. It also has a kickstand. There’s no definitive word that the device will feature Android, but considering it’s heading to Verizon and rumored to launch by the end of the year, we’re putting our bet that it will showcase our favorite mobile Operating System.