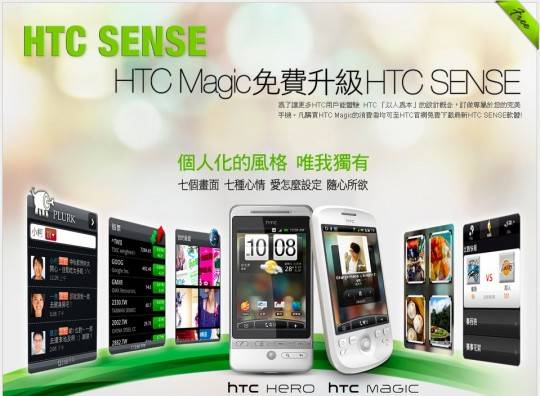 According to many people, the custom HTC Sense UI makes the HTC Hero the best Android phone currently on the market. So is no surprise that HTC Magic owners want to have it, unfortunately, it has been available only to Taiwan’s Chunghwa Telecom subscribers.

As we all know, the HTC Sense debuted on the HTC Hero – which by the way, has been well received – and back in August we had confirmation from HTC about upgrading certain Android models. So far, there is no word on when will the rest of the HTC Magic phones in the world get the upgrade, if they get it.

Also, there isn’t any word from HTC on delivering this upgrade to any other Android devices. The HTC Sense brings social networking integration into the smartphone’s contacts app. Not only that, but it also tweaks the Android UI, and adds various interactive widgets.