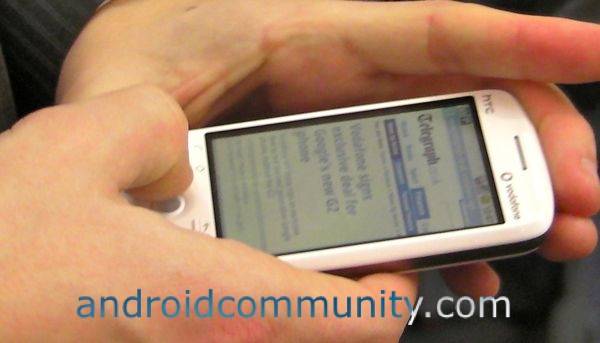 We know we said that HTC weren’t allowing live shots or video of the HTC Magic, but we couldn’t leave it at that. Non-final hardware or not, we know you guys are as excited by the Magic as we are, and still want to see it. Hands-on, the HTC Magic is everything the G1 was not: thin and lightweight, with none of the bulk G1 owners have complained about.

It also has more RAM – 192MB – so it should run quicker and be able to multitask more comfortably than the G1. The on-screen keyboard – which is only available in portrait orientation, not landscape – has letters which pop-up when you press them, as on the iPhone, which makes text entry much easier. 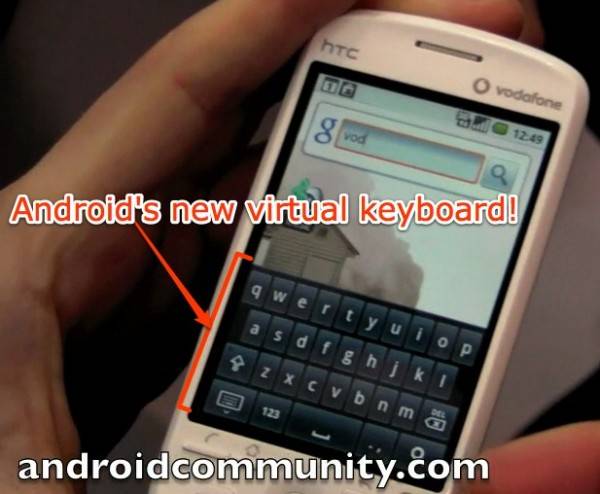 In the non-final hardware we’ve played with, the key change are the hardware buttons on the HTC Magic’s “chin” section. The prototype has thin, sliver-style keys running under the capacitive touchscreen, together with a single button (“Menu”) to the left of the trackball. The final hardware will have four square keys under the screen, with functions switched around to leave call send/end on keys either side of the trackball.

We’ve got a full 1-on-1 hands-on session with the Vodafone HTC Magic tomorrow, so expect plenty more photos and footage after that!