HTC is expected to announce the M7 smartphone on February 19. The company has previously confirmed the event, however they have yet to say exactly what they are going to be showing off. But on that note, it seems as if some carriers and retailers are beginning to get a bit of a head start. In this case we are referring to Vodafone Germany and Carphone Warehouse, who have both apparently listed the HTC M7 in their inventory system.

The Vodafone pics have arrived by way of the German language HTCInside blog who show the M7 listing as being for both black and silver. The Carphone Warehouse listing has arrived by way of Pocket-lint and aside from being a retailer as opposed to carrier — is showing similar details. By that we mean a handset called the HTC M7 with availability in black and silver. Basically, what we have here is further evidence that the M7 is indeed coming — and coming soon. 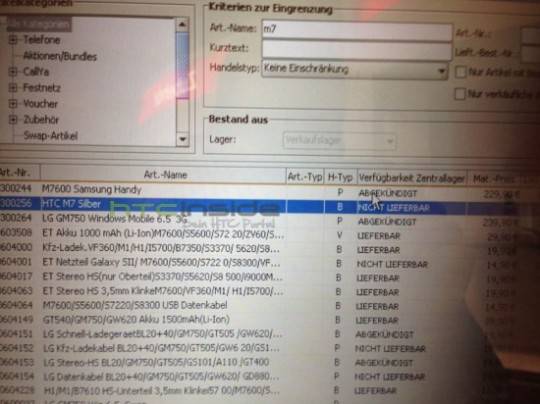 These bits add up to additional small pieces of evidence that point towards an announcement. Of course, on the flip side, we should also point out that we have seen handsets listed that were never released. Not that we think that will happen in this case, but it is always good to be a bit skeptical when it comes to unannounced smartphones. 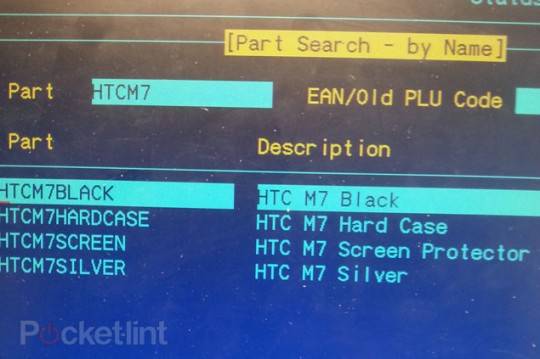