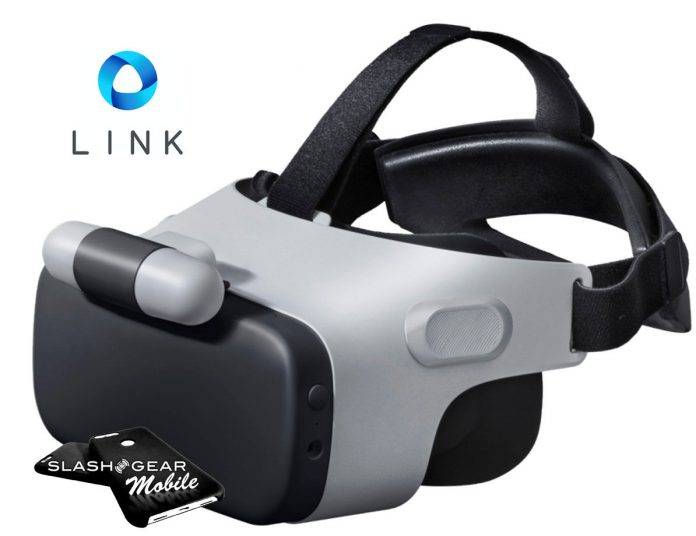 If you were impressed by the HTC Vive, you will probably expect a lot from this new VR headset from the Taiwanese company. We’re not sure though if it will available in the US or in any other region as the HTC Link is said to be available only in Japan. This device is also compatible for one phone only–the recently unveiled HTC U11–at least for now. We’re assuming the next phones from HTC will also be compatible for this VR accessory.

The HTC LINK is the HTC Vive’s newest sibling. It can do the same things the Vive offers. According to an HTC rep, “it’s exclusive for the Japanese version of U11 and our channel partners there.” We understand that some tech companies may treat the Japan in more special ways but we’re curious why not in Taiwan first. We’re not sure but Japan could be one of HTC’s biggest markets today. If not for HTC phones, then maybe it is where most mobile consumers are interested in virtual reality experiences.

The HTC Link appears to be bulky with the added sensor tech, camera system and controllers. This may look like a prototype but it appears to be the final design and product already. As for the specs, the device is listed with the following features: head mount display, 110 degrees of viewing angle, 2800mAh battery size, USB Type , 3.5mm audio jack, stereo camera, 6DoF controller, LED marker for HMD, strap for controller, and earphones.

There’s no word on pricing and availability yet but we know it will be out in Japan sometime after late July together with the HTC U11. SoftBank reportedly will offer the phone in the country.