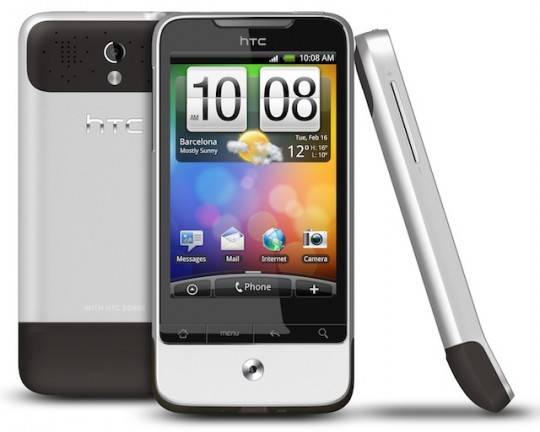 HTC have officially launched the HTC Legend, the successor to the Hero and a slick, unibody aluminum smartphone running Android 2.1.  Packing a 3.2-inch HVGA AMOLED capacitive touchscreen with multitouch support, the Legend also gets the latest version of HTC Sense 900/2100MHz UMTS/HSPA support and WiFi.

The Hero’s trackball has been junked in favor of an optical joystick, and an Exposé-style “helicopter view” which – with a pinch-zoom motion – shows all seven homescreen panes at once.  There’s also a new app, Friend Stream; where before Sense’s Contacts app pulled in Facebook, Twitter and Flickr updates to be viewed on a per-contact basis, Friend Stream puts them all into one single feed.

More details over at SlashGear, and we’ll have hands-on video and photos with the new smartphones after the press conference ends.