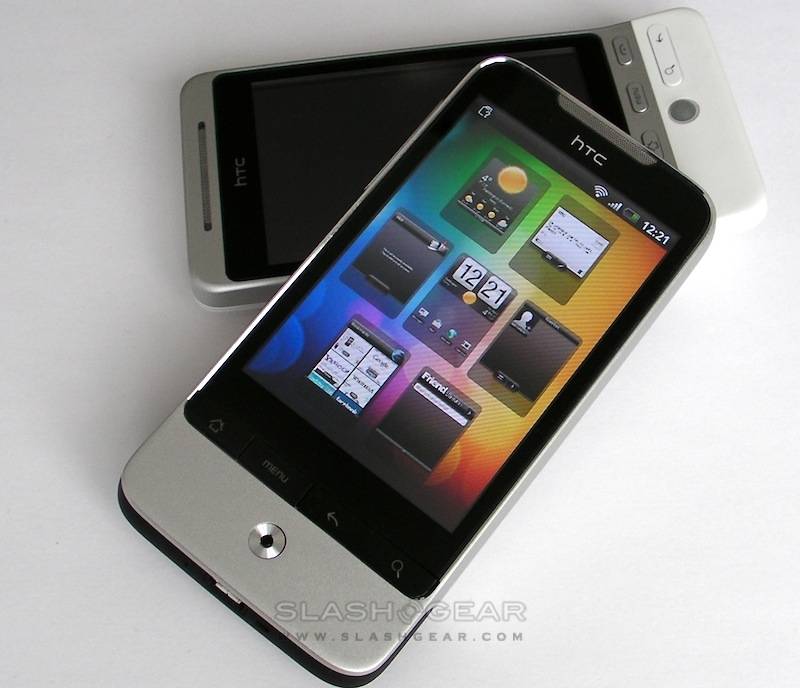 The guys over at slashgear put together a nice in-depth review of the Legend. Behind the HTC Desire, the HTC Legend has been the most discussed Android device around the web. Like the Desire, it is also features HTC’s Sense UI on top of Android. HTC hopes to duplicate or surpass the success of the original Hero with this phone.

The Legend has a few upgrades from the original Hero. There’s a 3.2-inch HVGA display, like the Hero, but this time around it’s an AMOLED display instead of an LCD. Similarly, there’s a 5-megapixel autofocus camera, but now it has an LED flash. Where the Hero used a 528MHz chipset, the Legend gets Qualcomm’s 600MHz MSM7227. The Hero’s Teflon-coated plastic has been replaced by an aluminum unibody design. The only plastic to be found is around the camera and with holes for the speaker grill and the battery compartment door, which is also the antenna. The buttons under the display are also plastic. The traditional trackball has been replaced by an optical joystick and if you are not in the habit of using this, it takes some time to learn how to use it effectively. The usual seven home screens and HTC’s custom widgets are included as well as a few new additions. Panning between panes is swift and lag-free, even if they’re loaded up with widgets, and of course, the home screen supports pinch zoom and this gives you a full view of all seven screens. Press on one of them and you will be taken to that screen without the need of swiping. 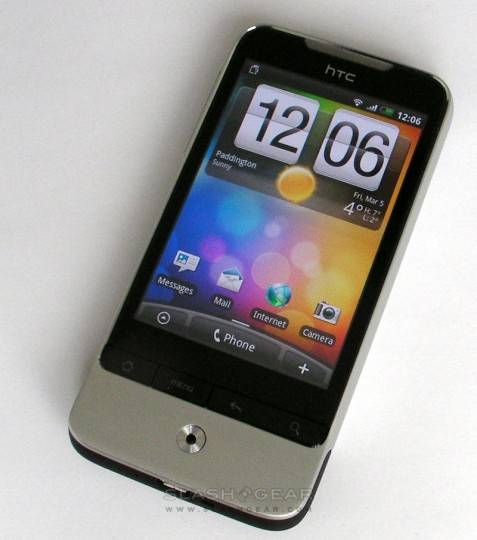 The Legend comes with Android 2.1 preinstalled; the newer version of the Android Market, complete with screenshot previews is another option that isn’t present on the current Hero which still runs 1.5. One of the main selling points of HTC’s Sense UI is the built in Exchange support and Flash integration. HTC’s Mail app has been overhauled and now has tabs to show messages and conversations, and pulls pull messages from your preset VIPs, unread-only, those flagged, meeting invitations and those with attachments. HTC’s Calendar app has also been redone, there’s a new Agenda View that arranges your appointments in a single list instead of you having to navigate to a specific date and month. There are also widgets for both apps for quick use right from your home screen. The browser has been customized to display Flash animations and games. There’s also multitouch support, and a new copy/paste system which links to Wikipedia, Google Dictionary and Google Translate. Highlight a word and a magnifying glass pops up an allows you either to drag extender bars to enlarge the selection, or tap to copy it, share it through one of the preinstalled apps, such as Mail, Messaging or Peep. This UI is packed with features and this is an awesome device.

Head over to slashgear for the full review as well as a few hands on videos and a picture gallery.