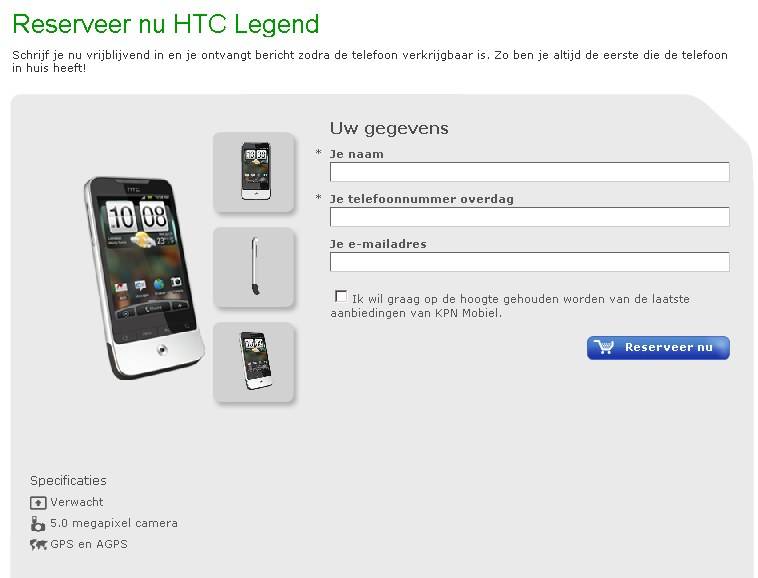 Any doubts that HTC might be bringing the Legend to Mobile World Congress 2010 next week look to be fast vanishing, as the smartphone – expected to be the successor to the HTC Hero – makes a (brief) appearance on the website of Dutch operator KPN.  The carrier prematurely posted a reservation form for the Legend, complete with some basic specifications.

The HTC Legend was listed – as we’ve heard previously – as having a 5-megapixel camera along with GPS and AGPS.  Meanwhile a release date sometime in March 2010 was also tipped, although nothing any more specific than that.  KPN then obviously realised their mistake, as the preview page was pulled down. 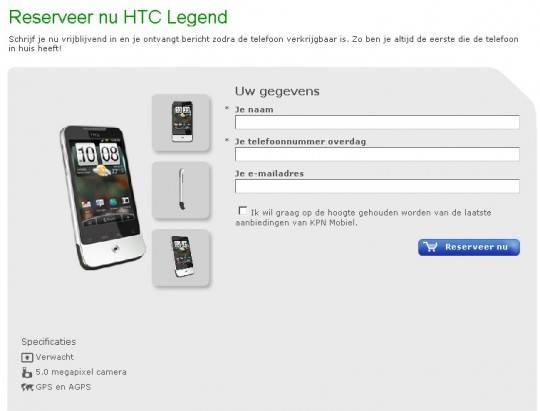