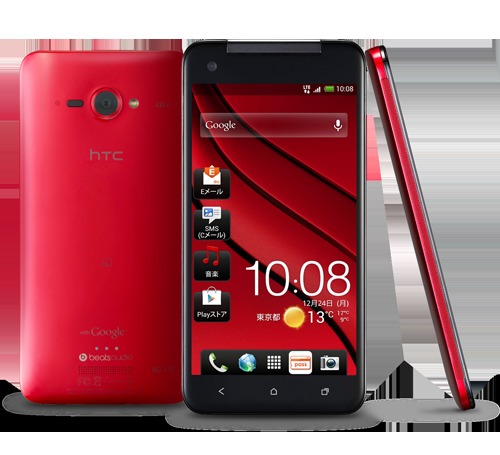 Rumors have abounded about this HTC phone. From the beginning, rumors always mentioned a 1080p resolution and 5-inch screen. Rumors also stated that the device would probably launch sometime in September or October. Well, it appears as though those rumors were correct, as HTC has just shown off the J Butterfly in Japan, and it does, in fact, feature an impressive 5-inch 1080p screen.

This phone has a staggering 440 ppi, which is enough pixels to blow your mind. For sharpness, you’d be hard-pressed to find another phone on the market that can produce the image quality of 1920 X 1080 on such a small screen. For comparison, the iPhone 5 has a 1,136 X 640 resolution at 326 ppi. Of course, the screen is a full inch smaller on the iPhone, but it’s the ppi that tells the real story in terms of image quality.

As far as the rest of the specs for the phone go, they are solid, but nothing that will blow you away. It has 2GB of RAM, 16GB of internal storage, microSD support, and a quad-core 1.5GHz Snapdragon S4 Pro APQ8064 processor. It has a solid 8-megapixel camera that can take photos at up to 3280 × 2464 and record video at 1080p. The J Butterfly also comes equipped with a 2,020 mAh battery — which is underwhelming to say the least.

So, that was a lot of good news. Now, it’s time for some bad news. The HTC J Butterfly is exclusive to KDDI in Japan, which means those of us outside Japan will not be able to get our hands on one. However, HTC says that they plan to use this fantastic screen on other devices in the near future, so it may not be long before those of us in other parts of the world can get our hands on a similar phone.