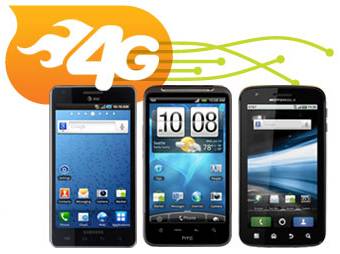 While HTC’s new Sense User Interface (UI) may not be all that new for devices in Europe, it’s still a novelty that most Sense users in the United States are waiting patiently for. Thankfully, it looks like HTC is ready to showcase the new proprietary UI, plus the new features, in this neck of the woods. They’re unveiling the software with the HTC Inspire 4G, which is set to launch on AT&T in the coming weeks.

Features wise, the HTC Inspire 4G has a lot of what we’ve seen before: we’ll find a 1GHz processor under the hood, and the device will launch with Android 2.2. There’s no word on an update plan, quite yet, but with the hardware and updated Sense taking point, hopefully an update won’t be too far off. On the back, there’s an 8MP camera that’s capable of shooting HD video. Pricing hasn’t been released, and a finalized date for release is still targeted at somewhere “in the first quarter of 2011.”

Check out the full press release below for more information.