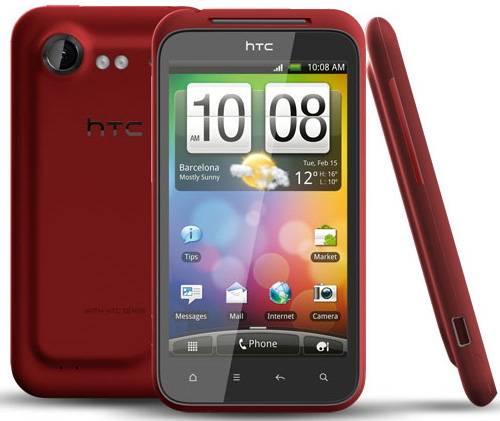 There’s a listing of a sexy HTC Incredible S in Red trim on the site of a Danish electronics retailer. Aside from it’s Fire Engine red paint scheme, there’s nothing different from it’s official variant. That also means it will have to be purchased unsubsidized, although there’s no mention of price or availability on the site listing. The unsubsidized price hovers around $550 here in the US. And chances are, though, that users in Europe will be using the Euro-friendly GSM version we reported on last month.

The hallmark feature of the Incredible is is it’s four-inch screen which seems to really pop in the red trim. It has a 1GHz single-core Qualcomm MSM8225 chip under the hood which runs Android 2.2 (Froyo), although HTC promises an update to Gingerbread sometime soon. There’s also an eight-megapixel camera for some snappy 720 HD video and hi-res stills, along with what looks like 2 LED flash bulbs for bright coverage in low light. And there’s a a front-facing webcam as well.

The Incredible S represents a “dot upgrade” over the previous Incredible, but it still runs on 3G via HSPA instead of taking the leap to 4G/LTE. And with it’s larger size screen, we’re betting users will look more towards other phone options that provide faster performance via LTE. But then again, they won’t have that red trim, will they? Check out SlashGear’s Hands On here.