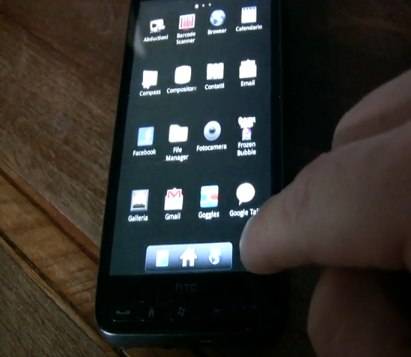 The HD2 is another piece of endearing solid, discretely handsome HTC hardware, but its native Windows Mobile OS would normally make it unwelcome here at Android Community.  Thanks to the handiwork of xda-developers, however, HD2 owners can now get a shot of frozen yoghurt instead of their Microsoft dose; they’ve managed to port Android 2.2 Froyo onto the HD2.

If Froyo isn’t to your taste, there’s also an Android 2.1 build with the same HTC Sense UI as on the Desire available.  There are still issues with each, including audio issues during calls and – on the Froyo build – some 3G problems, so these may not be everyday ROMs for you, but the good news is that the 1GHz Snapdragon processor in the HD2 keeps them running as slickly as you’d find on a Nexus One or Desire.