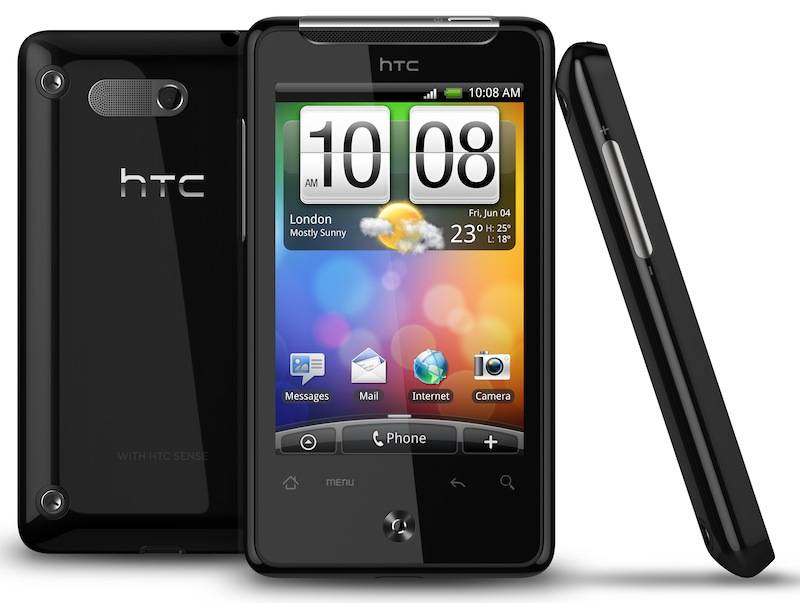 HTC has announced a new Android smartphone, the HTC Gratia, which is basically a European version of the HTC Aria.  The Gratia gets Android 2.2 Froyo, HTC Sense and a 5-megapixel camera; we’re still waiting for the full spec sheet, but we’re guessing it has the same 3.2-inch HVGA touchscreen as the Aria and the same 600MHz processor, too.

The HTC Gratia will be available through mobile operators and retailers across major European markets from November 2010.  No word on pricing at this stage.

Update: HTC has sent us over the spec sheet, and it’s confirmed as the same hardware as the Aria.  The big difference is obviously the 3G, with the Gratia getting HSPA/WCDMA 900/2100 support along with its quadband GSM/EDGE.  The display is confirmed at 3.2-inches and HVGA resolution, there’s Bluetooth 2.1+EDR, WiFi b/g, a microUSB port, 3.5mm headphone socket, GPS, a g-sensor, digital compass, proximity sensor and ambient light sensor.  Storage is via microSD card, adding to the 512MB of ROM (RAM is 384MB).

Combining style and functionality, the sleek and compact HTC Gratia features a seamless wrap-around soft-cover that eliminates hard edges and a five megapixel colour camera with auto focus. At just over four inches in length and weighing 4.06 ounces, it packs power thanks to Android 2.2 – the latest version of Android.

HTC Gratia also embodies the acclaimed HTC Sense™ experience, which places you at the centre, by making your phone work in a more personal and natural way, while providing unexpected features that put a smile on your face. It also offers you more ways to stay connected with Friend Stream – an application that brings all of your Facebook, Twitter and Flickr updates into a single, organized flow of updates – making keeping in touch with friends on social networks even easier.

“HTC’s mantra is to provide a unique mix of experience and choice to people using our phones,” said Florian Seiche, President of HTC Europe, Middle East and Africa. “HTC Gratia offers something completely different. Its compact size, beautiful design and power with Android 2.2, combined with its personalised experience through HTC Sense, is uniquely compelling. We can’t wait to bring HTC Gratia to our customers in Europe.”

Availability
The HTC Gratia will be available through mobile operators and retailers across major European markets from November 2010.

About HTC
HTC Corporation (HTC) is one of the fastest growing companies in the mobile phone industry. By putting people at the center of everything it does, HTC creates innovative smartphones that better serve the lives and needs of individuals. The company is listed on the Taiwan Stock Exchange under ticker 2498. For more information about HTC, please visit www.htc.com.