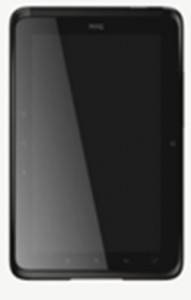 The HTC Flyer has been quite the talk of the internet lately and now its specs have been leaked and let’s just say this is going to be one very impressive device. You can check out the full comprehensive spec sheet after the break – prepare to be wowed.

The image above is just a mockup and it may not even be a HTC device, but the leaked specs for the HTC Flyer are as follows:

These specs are very impressive. It looks like HTC will be pushing out both a competitor for the Galaxy Tab as well as the iPad in 2011 and we couldn’t be more excited. What do you think? Does this HTC tablet interest you, or will you be sticking to the Xoom or smaller Galaxy Tab? Let us know!