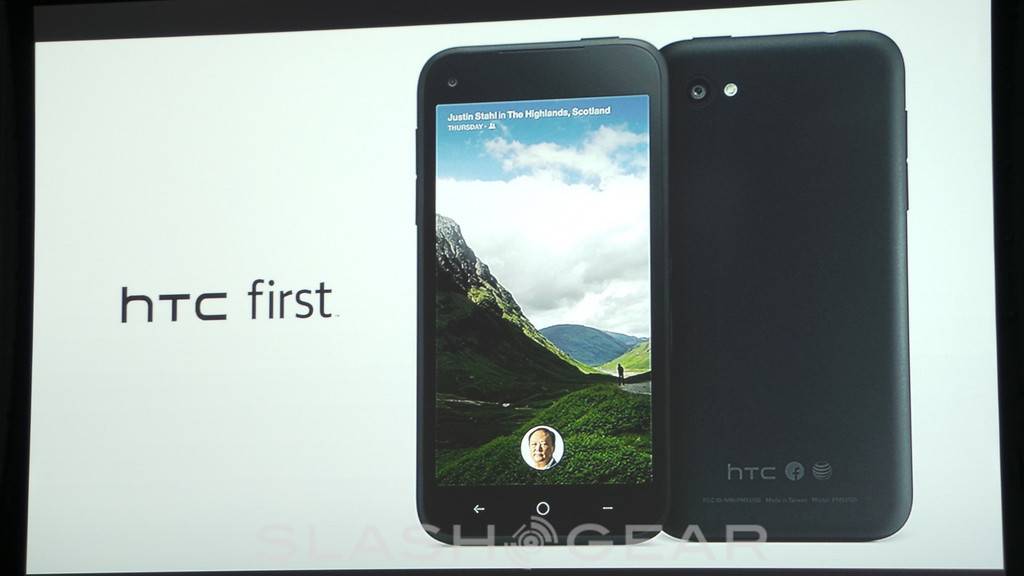 We knew it was coming considering the multiple leaks over the past week. Facebook and HTC have done a relatively good job keeping this a secret for the most part, but now we have all the info. Announced moments ago is what we’ll all be calling the HTC first – the first Facebook Phone! The leaks were legit, the phone is real and headed to AT&T, and we have all the details below.

The Facebook Phone. I’ll be calling it that no matter what, but the real name is the HTC first. This phone being the first smartphone to fully embrace the world of Facebook to the full potential. HTC and Facebook’s own Mark Zuckerberg took the stage to announce the new HTC first, and here’s the specs.

While the exact hardware details weren’t fully confirmed, we know the important bits. Previous reports, rumors, leaks, and of course those FCC filings basically gave it all away here’s what to expect. The HTC first (Facebooook Phone) will come complete with a 4.3-inch 1280 x 720p SLCD3 display, and is powered by a Qualcomm Snapdragon S4 1.5 GHz dual-core processor. The same as the Galaxy S III stateside. You’ll get 1GB of RAM (not 2) to handle all that incoming content too. 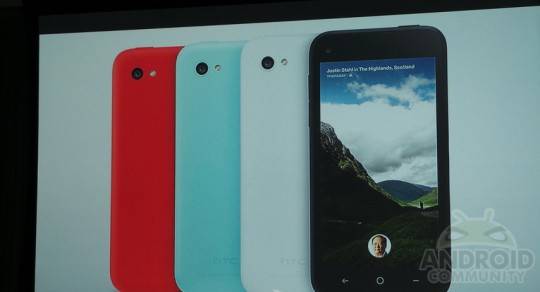 Obviously everything about the phone screams Facebook, but now the software is all Facebook Home – but back to the hardware. Hit the timeline below for more details on Facebook Home. While this smartphone isn’t top-tier, it still has a powerful dual-core, 720p HD display, and is well designed. It appears to take some strong cues from the iPhone as well as HTC’s newly announced and exciting HTC One smartphone. To round out the specs we have a mediocre 5 megapixel rear camera, followed by a 1.6 MP front shooter for those video chats.

As Facebook confirmed today, this won’t be the only device, but the first device. Facebook Home will work on a wide array of Android smartphones – and eventually tablets. HTC and AT&T have partnered up to offer the very first Facebook Home smartphone, and we can expect many more in the coming months.

Facebook Home will support many smartphones over the coming weeks and be available to the entire world of Android, but the HTC first gets the first crack at it. Who wants one?