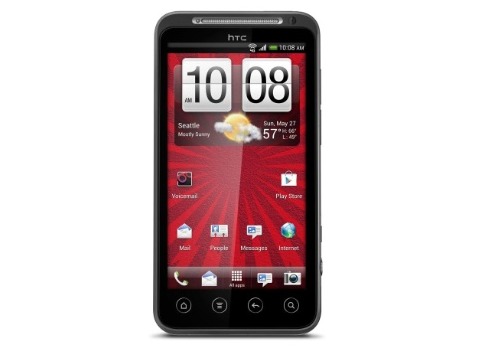 The great WiMAX hope for The Now Network has faded, and they’re now investing in a true LTE network slated for some time later this year. But that doesn’t mean that they’re going to let all those “4G” WiMAX towers go to waste – they’ll just open them up for users of their low-cost subsidiaries, like Virgin Mobile’s US arm. Their first “4G” phone will be the HTC EVO V 4G, announced today at CTIA in New Orleans.

The EVO V 4G shouldn’t be confused with the original HTC EVO 4G, though it certainly shares some design DNA. And it isn’t a variant of the newer HTC One V. Nor is it a scaled down version of the HTC EVO 4G LTE on the parent network. (Good grief, these names are really getting out of hand.) No, the new HTC EVO V 4G is a rebranded version of the original HTC EVO 3D, with the addition of WiMAX radio bands. With us so far?

Despite running on some older hardware, the EVO V 4G uses Ice Cream Sandwich and what looks like HTC Sense 3.6. It’s complimented by a 4.3-inch QHD 3D screen, 5 megapixel dual cameras and 8GB of storage space. Virgin will start selling the new phone on May 31st with a price tag of $299.99, no contract required.