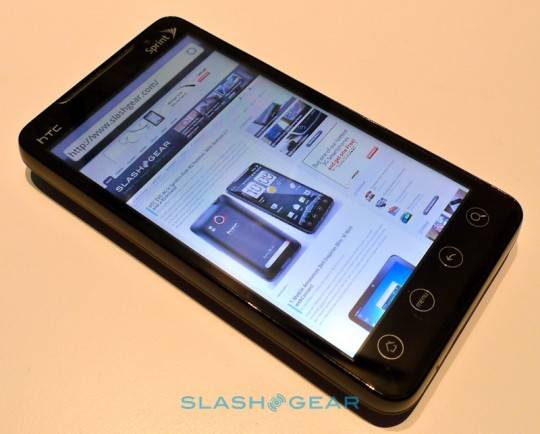 It has been confirmed by Spring that an update for the HTC EVO 4G is currently being worked on. The update will for the WiMAX-capable smartphone will receive the Android 2.2 Froyo, heard in rumours earlier this week. This update will give the EVO flash support on its browser, Bluetooth voice dialing, an improvement on Exchange ActiveSync support, similar to other devices with Android 2.2.

We’ve received a quote about the update from Spring, “As work on finalizing the software is underway, Sprint expects to launch Android 2.2 in the near future. It will also be available as an upgrade on the recently launched HTC EVO 4G. With the Android 2.2 upgrade, customers can expect improvements to include the following benefits among others: updates to user interface, improved EAS Support, improved browser performance including Flash 10x Support, voice dialing over Bluetooth and application storage on external memory.” The list of other phones to receive the update is yet to be released, as well as when exactly the update will come out. We’re presuming that the Android 2.2 will be released for other HTC phones.