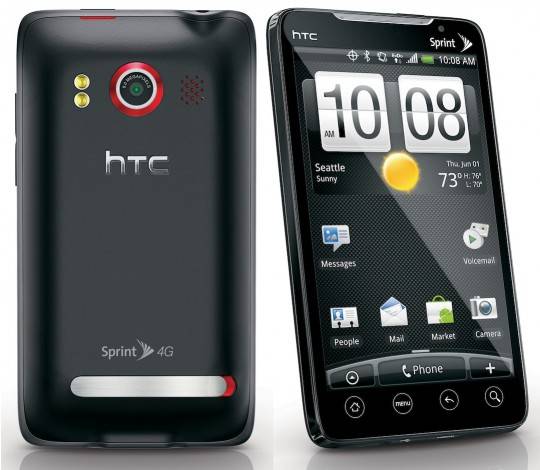 You know there’s a new gadget hitting the market when all sorts of sites, all over the Internet, start releasing reviews. And, sure enough, the HTC EVO 4G is no exception. The legendary Walter Mossberg has had his hands on the 3G/WiMax handset for about a week now, and his review reflects his tests with the device in two different cities. However, while he does a good job of outlining why people would want the phone, he seems to focus on one thing, and one thing only: the battery.

We’ll keep this little run down of Mossberg’s review short, simply because we’ll have our own review of the behemoth Android-based device up for your reading pleasure soon, but we did want to focus on what he focused on: battery life. While Google just released a statement telling folks it’s not Android’s fault, Mossberg seems to clarify the point based on his own independent tests. While it may not be Android killing the battery on the EVO 4G, it’s definitely the WiMax connection. Unfortunately, it just equals another Android-based handset with a subpar battery, and that doesn’t help the cause at all.

Mossberg tested the EVO 4G in Washington, D.C., and Baltimore, Maryland. D.C., doesn’t have its 4G footprint completely rolled out yet, while Baltimore does. In the latter location, Mossberg was never able to download at the maximum amount that Sprint claims for their WiMax handset. He was only able to get about 3.4Mbps download, and usually under 1Mbps upload. While Sprint claims that you should be getting anywhere around 3-6Mbps download. Sprint also caps the upload at 1Mbps, so keep that in mind. However, in D.C., he was able to get anywhere between under 1Mbps and upwards of 4Mbps in the download area.

As we mentioned above, we’ll be bringing you our own review of the HTC EVO 4G from Sprint, featuring its 4.3-inch TFT LCD WVGA touchscreen, 1GHz Snapdragon processor, Android 2.1, and HTC’s Sense User Interface (UI) here soon, so stay tuned. And, if you have any questions, and you want us to cover them before our review hits, just leave it in the comments, and we’ll do our best to cover it for you.