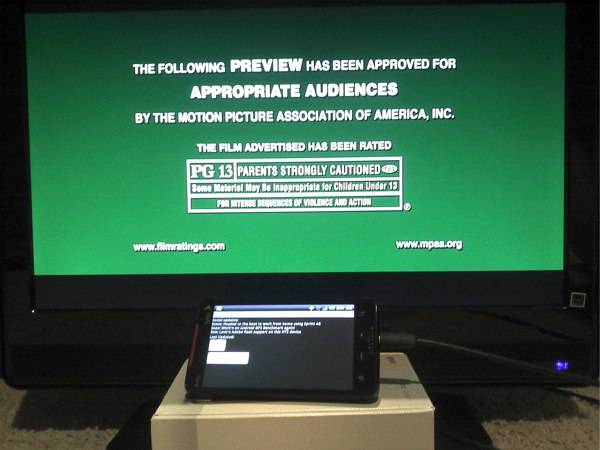 Sprint has released an early version of the developers guide for the upcoming HTC EVO 4G. the phone looks pretty cool tethered to the television in the picture below. Oh, and it is outputting 720p video to that TV.

If you like, the full guide is here. Here is an excerpt from it:

This documentation covers additional functionality that will be available for the HTC EVO 4G Android device. This documentation is intended for the 3rd party developers who want to start developing applications for the device prior to official launch of the product. While every attempt has been made to ensure the included documentation is accurate, Sprint reserves the right to make changes to device functionality and API design prior to the release of this device for public sale. This document will be updated with changes and/or additions as they become available during the final stages of the devices testing.