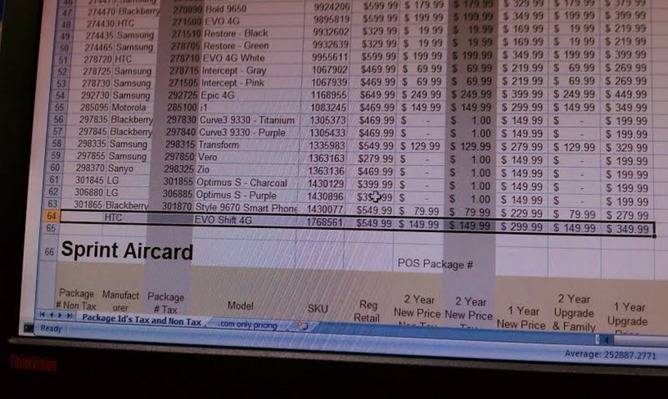 4G phones are not only getting more and more powerful, they’re also being the target of steep discounts and low entrance costs as carriers push 4G into 2011. The HTC EVO Shift 4G has now appeared in Best Buy’s system for only $149.99.

The EVO Shift 4G, SKU 1768561, has still yet to be announced and will be similar to the HTC EVO 4G but will feature a full physical keyboard. The device will set you back $549.99 off contract, but it comes as a surprise that customers looking to upgrade to the device from an older phone will be charged the same $149.99 as new customers.

Very reasonable pricing on what seems to be an impressive upcoming phone.

[Via AndroidPolice, Thanks Jaroslav!]