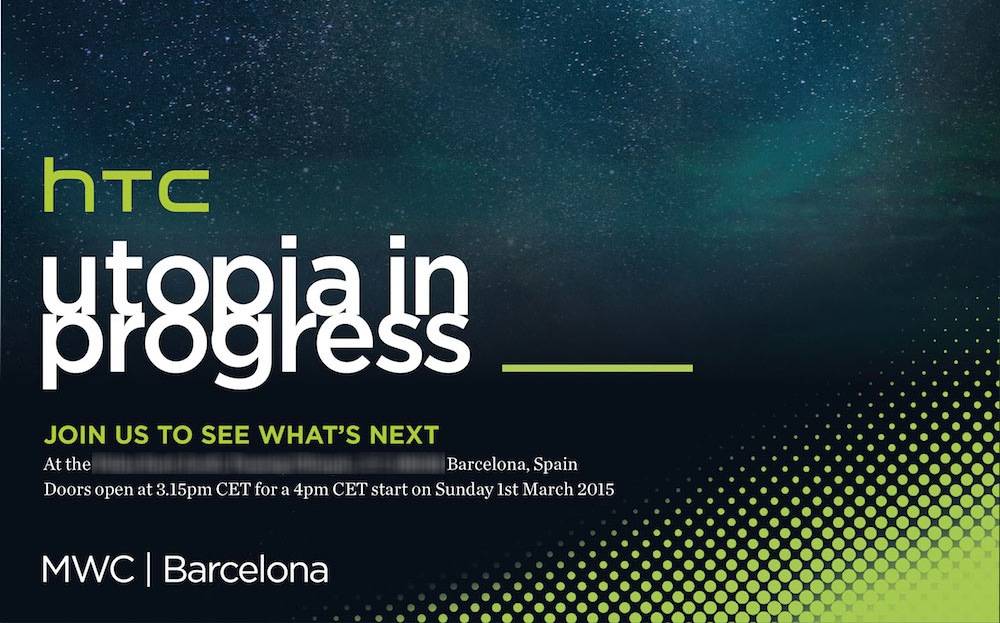 HTC has been promising a blockbuster 2015, and the first opportunity for the company to wow us is Mobile World Congress in early March. Sure enough, HTC has fired out invites for a March 1st event, dubbed “Utopia in Progress”, at which we’re expecting to see the firm’s new flagship smartphone. Scheduled roughly a year after the HTC One M8 debuted, according to the rumor machine the Barcelona launch is more than likely for the phone we’ve known as the “HTC Hima” from various benchmarking leaks.

HTC’s invitation doesn’t give us much to go on. Beyond the details of time and location, and the tagline, it’s a simple space shot with some dotted gradations in HTC’s familiar green.

A space-faring phone seems unlikely, but given HTC’s focus on camera technology over the past few years, it could be a hint that the new flagship will again emphasize things like low-light performance. HTC first began emphasizing that with the UltraPixel camera on the original HTC One, then built an odd little standalone camera, the HTC Re. 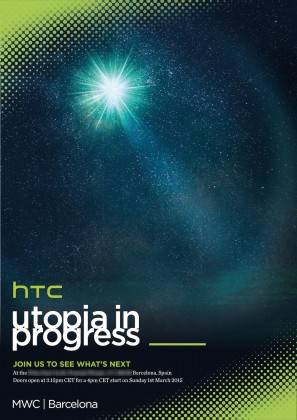 One of the lingering complaints around UltraPixel, however, is that while its oversized pixels may do a great job at capturing shots in low-light conditions, the relatively scant number of them overall means image resolution is lower than the competition delivers.

While Samsung, LG, Sony, and others are offering Android phones with 13-megapixel cameras as a matter of course, HTC’s UltraPixel range tops out at just 4-megapixels.

Not all pixels are created equal, of course, but HTC still needs to raise it’s game if it wants 2015 to go its way. Android Community will be at the March 1st event – and covering all of Mobile World Congress 2015 – to see exactly what the company has in store for us.