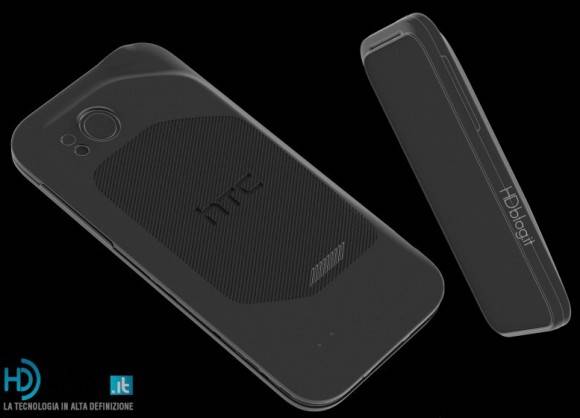 Over the weekend a leak for the upcoming HTC Endeavor (HTC Edge) was made available for download and along with it were tons of goodies and surprises. The RUU contained tons of images of HTC Sense UI 4.0 but what is even more interesting is the HTC Speak app that was also included. Possibly hinting that HTC is bringing a speaking and voice-like application to their devices that will rival Apple’s Siri.

Another interesting note is the image above was also found inside the leak. Looking more like the unknown HTC device that leaked late last week (link below), possibly another Incredible, and not the previously rumored and seen HTC Edge that we all have heard will be called the Endeavor. Either way the HTC Endeavor is expected to be a quad-core NVIDIA Tegra 3 powered device that we will see at Mobile World Congress in a few short weeks.

According to HDBlog there are remnants of an HTC movie editor, and the HTC Speak app mentioned above. Unfortunately other than a few names of said apps we don’t have any other details regarding either of these new applications. If HTC is indeed creating a Siri alternative for Android that will be different from Google’s Majel and Google Voice it would make for some interesting competition. Google has added their own movie editor into Android 4.0 Ice Cream Sandwich but it appears HTC will be making their own editor too. Another way to differentiate themselves from the rest I suppose.

What do you guys think? Would an HTC Speak app similar to Siri be a reason to buy HTC over the others? Or do the Siri commercials and general idea just bother you? I personally use Google Voice Actions daily although I wouldn’t go as far as talking to my phone all day long. Again the HTC Endeavor (Edge) and the HTC Ville should be making an appearance at Mobile World Congress in Spain later this month. We’ll be there live to get all the details for you, available from our MWC 2012 Portal.