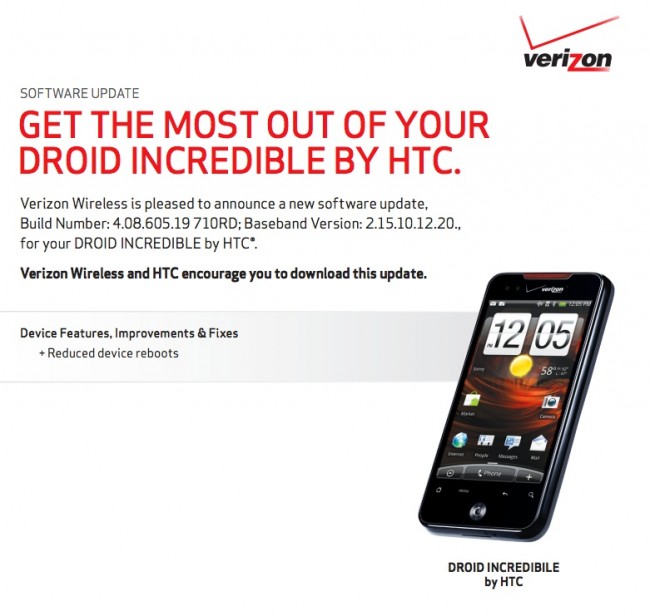 The original HTC DROID Incredible is still alive and apparently active at Verizon Wireless. Because they’ve decided after a few years of inactivity to fix a few pesky bugs. Today reports have surfaced that the OG DROID is getting a quick update solving the reboot problem that plagued the device.

When I first heard the news that this nearly 3 year old phone was still getting some sort of support and an update from Verizon my first thought was.. what about the Nexus? In all seriousness though, for the folks that still have and use the DROID Incredible a major bug that was causing serious random reboots has been solved and fixed with this update.

I’m a bit surprised to see this update coming out this week, but I’m sure any owners of the handset will gladly accept the tiny tiny 4MB update file. Yup, it’s only 4MB and shouldn’t take more than a few seconds to download. Then a quick reboot and you’ll be good as new. Well as new as Android 2.3 Gingerbread at least.

The DROID Incredible is getting pretty old these days, and the ONLY thing they fixed is a random reboot bug. No added security, features, or anything else is included in this update. We’ll take what we can get though so if you’re still rocking this old smartphone get ready for an update. Head into settings and check now, then let us know if you still experience reboots post update.