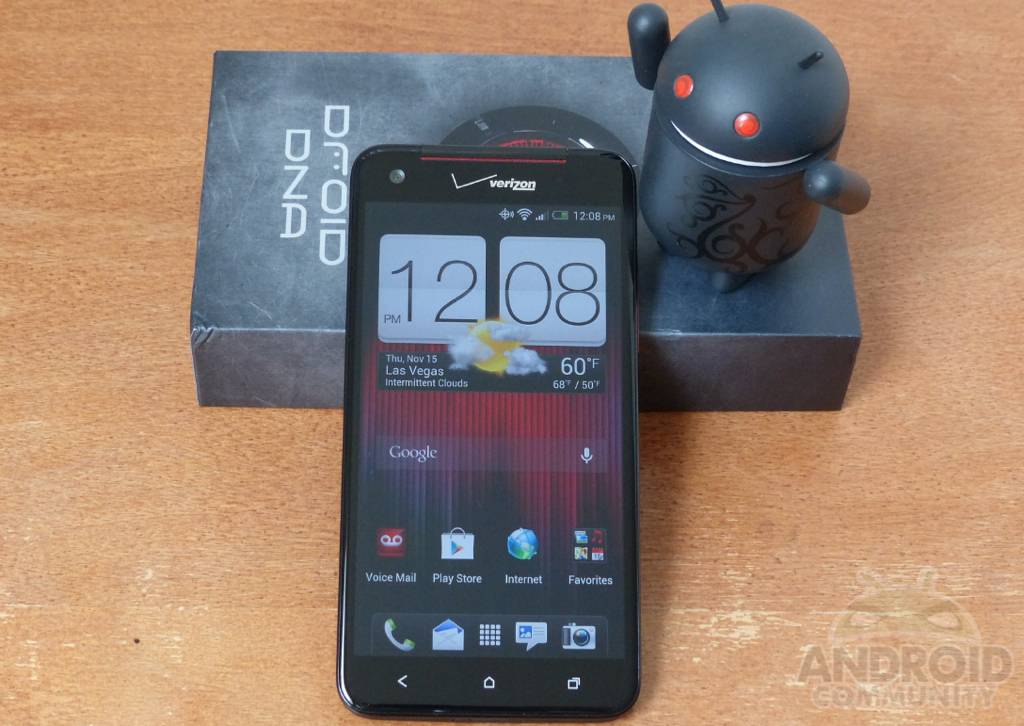 Tuesday the folks from HTC finally unveiled and announced their brand new 5-inch 1080p flagship smartphone. The all new HTC DROID DNA complete with top tier specs across the board. The device was leaked several times, but now we have our own for a quick unboxing video for everyone to enjoy. The DNA will be available in just one week, but lets take a peek below.

Before it becomes available on November 21st for just $199, we wanted to share a video showing off the stellar hardware, brilliant and bright screen, and of course that excellent build quality. HTC’s even added some Lamborghini inspired grills on both sides that look neat. Sadly those actually aren’t the speaker grills, and all audio still comes out of the small pinholes on the back bottom.

The DROID DNA is the best of everything, for the most part. You have a 5-inch 1080p HD display with a eye blistering 440 pixels per inch — the highest of any smartphone. Under the hood is a brand new quad-core 1.5 GHz processor, 2GB of RAM, and Android 4.1 Jelly Bean. Sadly we only get 16GB of storage (11GB usable) with no micro-SD slot, and a 2020 mAh battery. We’ll see if that is enough to get by in our full review coming early next week. For now enjoy the quick hands-on video below:

Aside from the simply gorgeous and brand new Super LCD 3 display, quad-core processor, awesome soft-touch matte back and more we also get Android 4.1 Jelly Bean and an improved Sense UI. I’ve never been a huge fan of Sense, but Sense 4+ here is a bit more refined and is closer to Jelly Bean than their previous versions have been to stock Android. To the left of the 8 megapixel rear camera is actually tiny tiny pinholes that let a rear-facing notification LED illuminate and alert users of notifications. Interesting idea HTC.

For those concerned about the size of a 5-inch device, don’t be alarmed, this is nothing like the Galaxy Note. It’s longer than most but not much wider. Here’s a few comparison pics with the 4.65-inch Galaxy Nexus just for an idea of the sheer size.

As mentioned in the video above, the only real hardware issue we’ve found with our limited time so far is the less than stellar placement and usage of the power button. It isn’t too hard to hit, but there is barely any feedback letting you know you’ve pushed a button. It’s also a little hard to tap because it is so flush with the device. So far we’re super impressed overall with the HTC DROID DNA but we’ll need some serious time with it to put her through the paces. Stay tuned for a full Android Community review coming soon. Enjoy the pictures folks!