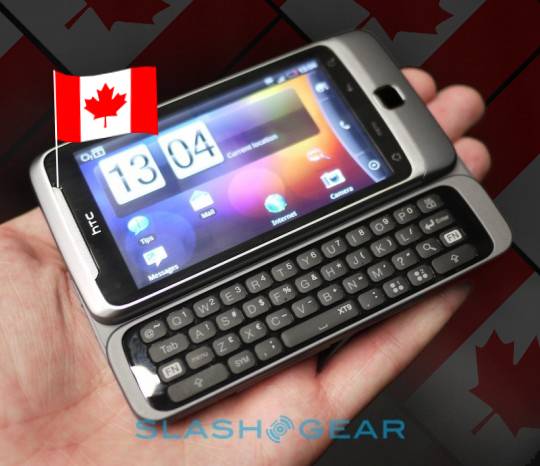 Canadians running wild in their plaid boxer shorts and North of the Border themed Android Anticipation t-shirts is the scene in Canada today as Bell Canada announces that it will soon release the HTC Desire Z. This Desire is one of two we’ve had our hands on, clicking and flicking, and now all those folks up there above our heads will have the chance to rock around with them too. It’s unknown how different this version of the Desire Z will be, if they’ll be exactly the same as those available in the states or if the usual slew of complaints by abnormally disturbed customers will be rectified. Bell Canada can handle it, right?

What is known is that the HTC Desire Z will be released in Canada with many of the same specs as the stateside version. Amongst those lovely features are: 4GB of built-in ROM memory, 512MB or RAM, 800 MHz Qualcomm processor, 3.7 inch capactive touchscreen, 5MP flash camera, and of course, Android 2.2. A rather lovely looking beast, wouldn’t you say? Oh you’ve not seen it up close? Well once again, hooray, because we’ve got it! Take a look over at our fully hands on review of the Desire Z (plus the Desire HD) and note that while this version and the Canadian version are bound to be very similar, there’s a big possibility of some bugs being squashed out before the release.