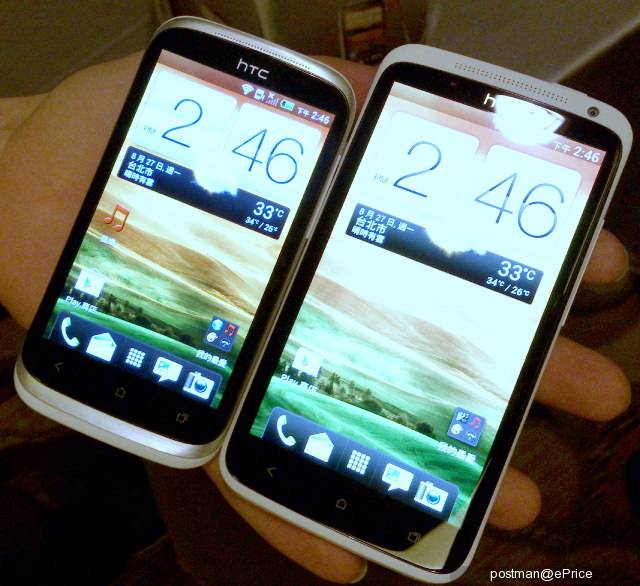 Late last week some rumors started circulating about a device called the HTC Proto, that however is actually a device that has already been released. Today though we’ve got some clarification, as the device in question is actually the all new HTC Desire X and we have all the details. Check out the images and spec sheet below.

The Desire X certainly won’t be HTC’s best device, but this budget friendly phone has some decent qualities that might make it worth your dollar. As you can see below, specs include a 4.0-inch WVGA with a lowly 480 x 800 resolution display, an unknown (likely Qualcomm) 1.0 GHz dual-core processor, 768MB of RAM, 4GB internal storage, and all this in a sleek and lightweight package sitting at 114g. Sized at 118.5 x 62.3 x 9.3 mm.

The spec sheet confirms we’ll have Android 4.0.4 Ice Cream Sandwich and Sense UI 4.1, so that is a good sign considering only the “One” devices have officially received the new Sense UI while older phones get 3.6 instead. Sitting next to the HTC One X the device looks quite small, but still manages a decent 4-inch screen. We just wish the resolution wasn’t so low.

Given the specs this will surely be a very budget friendly smartphone from HTC. It looks to possibly be replacing the HTC One V, but we won’t know until HTC confirms everything. As you can clearly see HTC is still rocking the Beats Audio branding, and according to PocketNow this device will come in white and blue color options. Hopefully we see more than just this phone at IFA this week from HTC and I’m hoping their “phablet” makes an appearance. Stay tuned!