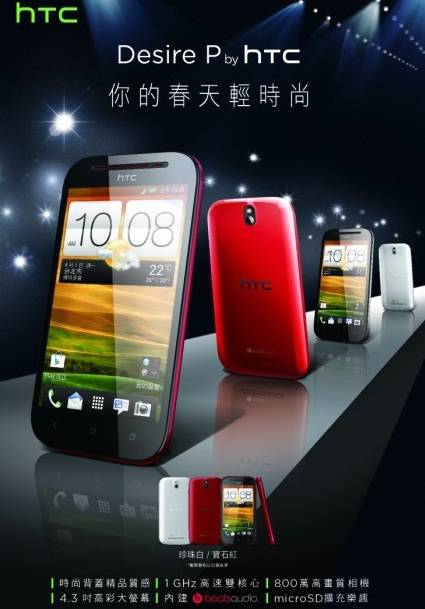 The folks from HTC have just announced two new budget smartphones for their popular Desire series. After seeing a few reports and initial rumors on these two phones last week, today we have all the details. Complete with Android 4.1 Jelly Bean and Beats Audio these little smartphones are average at best – but will make great mid-range budget devices.

Starting with the smaller sibling the Desire Q (pictured above) you’ll be working with a 4-inch display and pretty average specs. It will come in black, white, or red color options and we’re hearing the specs are the same as the bigger brother – the Desire P. However at this time the full Q specs haven’t been revealed.

As for the bigger of the two, the Desire P, you’ll get a decent 4.3-inch display, but sadly it’s only WVGA for the resolution. However, you’ll get a 1.0 GHz dual-core processor, 1GB of RAM, as well as an 8 megapixel camera and micro-SD slot for expanding storage. It will also be available in white and red for about $365 in China. 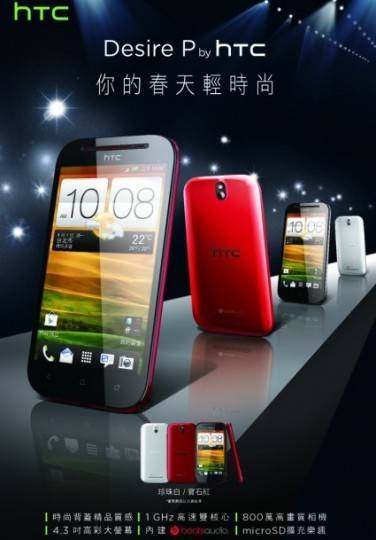 These devices look and sound a lot like the One Su and SV announced just a few months ago, and will certainly not be headed to any major US markets anytime soon. For now these will be budget-aimed, and we’ll all just have to wait for the HTC One to arrive in late April on all the US carriers. We’ll update when we get full details and pictures from HTC.